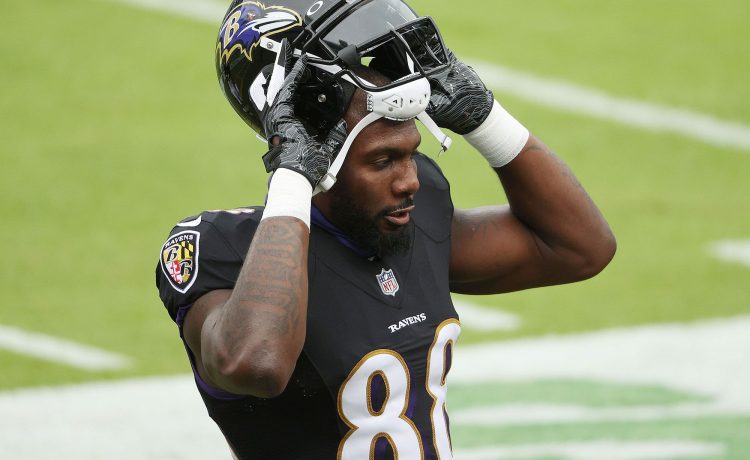 Dez Bryant’s comeback tour is back on.

Not long after saying he “quit” the 2020 season following a positive COVID-19 test minutes before Tuesday’s kickoff against the Dallas Cowboys, the mercurial Baltimore Ravens wideout changed course.

Bryant, who was scratched from the game roster, went on a Twitter spree in lieu of playing.

“Tell me why they pull me from warming up so I can go get tested,” the 32-year-old Bryant tweeted on Monday night, “my sh-t come back positive… I tested positive for Covid WTF.”

According to NFL Network, Bryant received a pair of inconclusive tests on Tuesday, with a point-of-care test coming back positive ahead of kickoff.

The Ravens-Cowboys matchup had been moved to Tuesday to accommodate Baltimore’s ongoing COVID-19 problems. The virus has plagued Baltimore this season, moving their Thanksgiving game against the Steelers twice and the Dallas tilt to be pushed back.

It also forced Bryant, who went from NFL star to unemployed afterthought after being cut by Dallas in 2017, to begin tweeting his way through a tough decision.

“Yea I’m going to go ahead and call it a quit for the rest of the season,” Bryant added 16 minutes after disclosing his diagnosis. “I can’t deal with this.”

He also seemed to wonder if the league should have been playing the game after his diagnosis was revealed.

“Since I tested positive for Covid before the game do the game stop or go on?” he tweeted at the NFL. The game did indeed go on without Bryant, who walked back his quitting proclamation after he chose to “drink some wine and cope.”