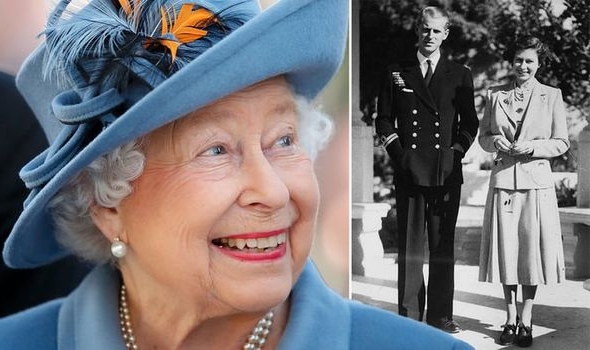 Queen Elizabeth is said to have spent some of her happiest days on the island of Malta. The hotspot was the only place outside the UK she ever called home, according to royal commentator Victoria Arbiter. She visited Malta after she and Prince Philip were married.

The Duke was made second-in-command of HMS Chequers, leader of the first destroyer flotilla of the Mediterranean Fleet based in Malta in 1949.

Elizabeth – then still just a Princess – flew out to be with him.

The latter was quite taken with the young Elizabeth.

Lord Mountbatten wrote to his daughter, Lady Pamela Hicks, saying: “Lilibet is quite enchanting, and I’ve lost whatever of my heart is left to spare entirely to her,” detailed author Ingrid Seward in her book Prince Philip Revealed: A Man of His Century.

Mountbatten continued: “She dances quite divinely and always wanted to Samba when we danced together and has said some very nice things about my dancing.”

The royal made multiple trips to Malta to see her new husband, the longest being for eleven weeks.

Elizabeth is understood to have very much enjoyed Maltese life.

She was able to live a relatively normal life there.

Lady Pamela, who was a close confidante of the royal, once said in an interview with MailOnline: “They were magical days of endless picnics, sunbathing and waterskiing…

“The Princess really loved Malta because she was able to lead a normal life, wander through the town and do some shopping.”

She added: “It was the only place that she was able to live the life of a naval officer’s wife, just like all the other wives.”

There were plenties of parties too, to keep Philip and Elizabeth entertained.

Seward quotes another Lady Abel Smith, one of Elizabeth’s ladies-in-waiting: “There were some very wild parties with spoons and buns being thrown, though luckily not butter. She was amazed by the spoons though.”

The author added: “Apparently when the games became too boisterous, Philip would lift his wife on to the piano together with ladies-in-waiting to keep them out of the firing line.”

Unfortunately, these halcyon days were not to last. Elizabeth’s father was becoming sicker and Philip and Elizbeth had to return to England.

“The last eleven months have been the happiest of my sailor life,” said the Duke.

His wife, too, was sad; Lady Mountbatten, Pamela’s mother described Elizabeth’s return to England as “rather like putting a bird back into a very small cage.”