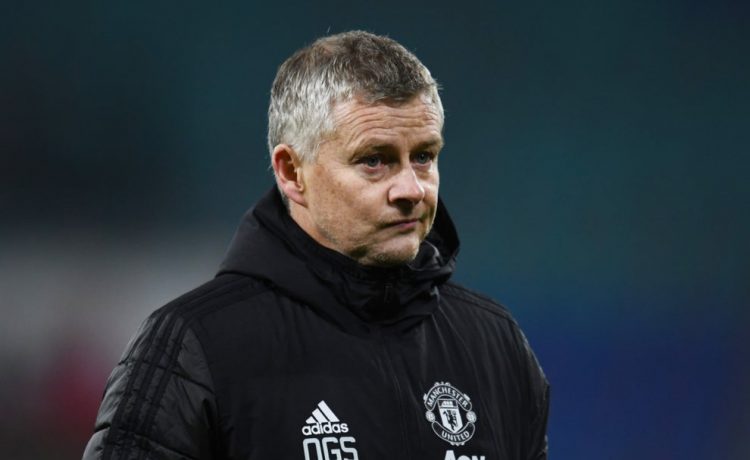 With elimination from the Champions League group stages, Ole Gunnar Solskjaer has experienced his first major, unequivocal failure as Manchester United manager, a week-and-a-half short of his two-year anniversary in the job.

Two years is more than twice as long as David Moyes lasted. Louis van Gaal celebrated his first anniversary but not a second. Jose Mourinho’s tenure lasted two-and-a-half years but the writing was on the wall long before it reached its toxic conclusion. The rot had already set in.

The same cannot be said of Solskjaer. For all the fair criticism of United’s performances and valid questions over his suitability to the role, he has done more than any of those three predecessors to set the club on an even keel amid the turmoil which has followed Sir Alex Ferguson’s retirement.

The root-and-branch squad rebuilding and regeneration that was necessary under Moyes has happened, albeit with a few bricks missing. The style of play is certainly more entertaining than under Van Gaal, at least. And even at low points like this, the morale does not sink to the depths plumbed during Mourinho’s final months in charge.

United’s principles of play are now aligned with the club’s self-image of fast, counter-attacking football, however true that self-image may be. Solskjaer has also given a number of young players opportunities to impress. A bedrock of developing talent supplements the rest of the squad.

And yet despite all that, the boom-bust cycle of exhilarating victory and debilitating defeat goes on. The same problems persist. The same fundamental questions remain unanswered.

Disorgantion when not able to either dominate possession or sit deep and defend. Solskjaer’s strange use of substitutions. The baffling inconsistency of performances and results, where United can appear a different team from one game – or one half – to the next. That is to name just some of United’s familiar shortcomings which were on show in Leipzig.

All of Leipzig’s three goals showcased United’s defence – one of Europe’s best last season – at their very worst. Though Aaron Wan-Bissaka’s susceptibility to far-post crosses is finally receiving some long overdue attention, the collective failure to prevent Justin Kluivert’s goal should be the most worrying of all.

After that third went in, Solskjaer had 21 minutes to find three goals and two substitutions remaining. Incredibly, in the 78th minute, he replaced Wan-Bissaka and Victor Lindelof with Timothy Fosu-Mensah and Axel Tuanzebe, despite having Juan Mata, Daniel James, Jesse Lingard and Odion Ighalo on the bench. More incredibly still, it nearly worked.

Or at least, moments after those two substitutions, United quickly clawed two back through Bruno Fernandes and Paul Pogba, only to find themselves unable to make an attacking change from the bench to build on this unexpected surge of late momentum. It was as if even Solskjaer cannot gauge when his players will decide to suddenly turn it on.

After nearly two years in the job, such wild inconsistency in performances and results should not be such a persistent issue. This is now a squad moulded in Solskjaer’s image, under the same manager for the last four transfer windows. There is still work to do, and Solskjaer is not to blame for that, but the squad is good enough to deliver greater consistency.

Tuesday’s elimination means that by the end of the season, a decade will have passed since the last time United appeared in a Champions League final. Over those 10 years, they have won just two knock-out matches – against Olympiakos under Moyes, against Paris Saint-Germain under Solskjaer – in Europe’s elite competition.

For a club that contested three of four finals at the turn of the decade, that is a poor record. For a club of United’s stature, resource and spending, it is abysmal. United still belong in the Champions League, though that becomes harder and harder to argue on merit with every underwhelming European campaign.

Solskjaer’s task for the remainder of the season is to accelerate the slow and unsteady progress he has made in the job so far, qualify for this competition again and thereby avoid a second major setback in the job. No United manager during the post-Ferguson era has survived failing to qualify for the Champions League at the end of a full season in charge, as he will be all too aware.