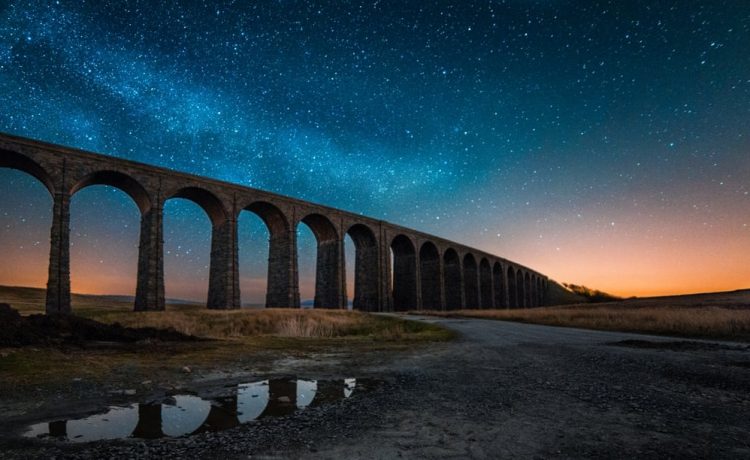 The Yorkshire Dales and North York Moors national parks have been named international dark sky reserves, creating the largest dark sky area in the UK and one of the biggest in Europe. Combined, the two parks cover 1,396 sq miles, and achieved the status after a five-year campaign.

Dark sky reserve designation is granted by the International Dark-Sky Association (IDA), the foremost authority on light pollution, based in Tucson, Arizona. To be designated, an area must undergo a rigorous process to prove the exceptional quality of its nocturnal environment as well as showing strong community support, encouraging the take-up of dark-sky-friendly lighting and facilitating educational activities.

There are 16 other IDA dark sky reserves in the world, including five in Britain: Brecon Beacons national park, Cranborne Chase, Exmoor national park, Moore’s Reserve in the South Downs national park and Snowdonia national park. In the north of England there’s also an international dark sky park in Northumberland. Parks and reserves have similar requirements, but reserves must be at least 270 sq miles in size and formed of a core darkness area surrounded by a populated belt of communities that work in tandem to protect the darkness of the core. At 572 sq miles, the Northumberland dark sky park is less than half the size of the combined Yorkshire reserves areas.

Jim Bailey, chairman of the North York Moors national park authority, said: “This designation as an international dark sky reserve is the culmination of immense dedication and teamwork, and it will continue as we encourage more people to think carefully about our night-time environment. From helping nocturnal wildlife to boosting off-season tourism, the North York Moors looks set to have a better, darker future.”

It is hoped that gaining dark sky reserve status will enable the two national parks to further develop and capitalise on astrotourism. Since 2016 North Yorkshire has held an annual Dark Skies festival across the two national parks each February, which has helped raise the region’s profile as a stargazing destination. Each year the event contributes more than £500,000 to the rural economy, and in 2019 the festival was attended by more than 8,000 people, double the number that participated in 2018.

The festival comprises more than 100 events over 17 days, including dine-and-gaze events, after-dark runs and stargazing safaris. This year for the first time, both national parks also hosted fringe events during October half-term.

North Yorkshire’s dark-sky-friendly businesses have welcomed the news. Colin and Vicky Simmons, owners of the Fox and Hounds in Ainthorpe, have been working with the Dark Skies festival for the past 18 months and have taken part in a programme to reduce light pollution in the North York Moors by fitting new lighting around their premises. Vicky said: “Achieving dark sky reserve status is fantastic news. We hope it will bring more international tourists to the area, particularly in the off-season winter months when the night sky is at its best.”