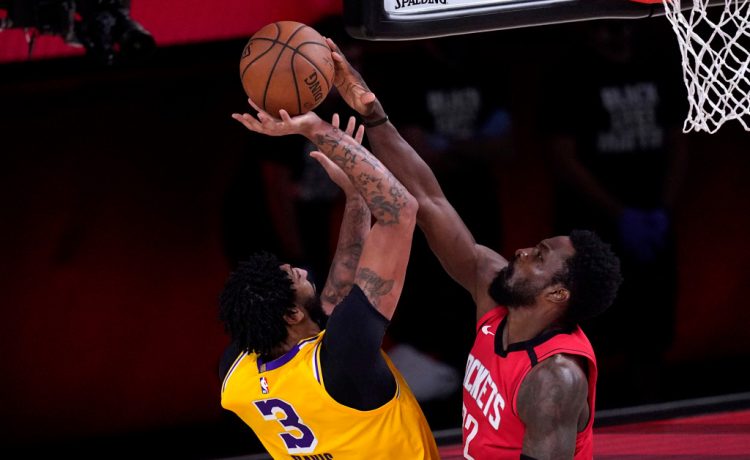 Jeff Green hasn’t played a second with the Nets or most of his teammates. But he’s still got a level of familiarity that he hopes will help him in Brooklyn.

Green is a childhood friend and former teammate of Nets star Kevin Durant. And his best offensive campaign came last season in Houston playing under Mike D’Antoni, now the offensive coordinator in Brooklyn.

“Obviously, knowing a couple guys, it does make it a little easier knowing what they like to do, where they like to be on the floor,” Green said Thursday on Zoom in his first public comments since signing with the Nets.

“Some have grown into a different role from the last time I played with them, so you still have to adjust to where they are at this point in their career and how they like to play. … But obviously, knowing the person really helps the adjustment, knowing who you can communicate with and how to communicate with that person.”

If a player can have a career renaissance at 34, Green is looking forward to one. He’s hoping to contend for his first title and do it alongside longtime pal Durant.

“The chance that we have to compete for a championship, but obviously doing it with somebody I call one of my brothers, being from the same area, coming in the same year,” Green said. “Just just having this opportunity to be alongside him to have this experience, it’s gonna be all that and more, coming from where we come from.”

Both Green and Durant come from Prince George’s County, Md., and their relationship truly blossomed in the NBA playing together in Seattle and Oklahoma City.

“That’s where the friendship started to build, and then it just continued to build over the years and grow stronger,” said Green. “So I’m excited for this opportunity to play alongside him.

“Watching him with all the wonderful things he’s done throughout his career, being a fan of the game and also a fan of him and rooting for him because he represents what we come from. So, it’s great to see. I’m just happy I can come here and do my part, help him get his third [championship] and, hopefully, get my first. It’s going to be fun.”

Players available on one-year minimum deals can often find it hard to break into the rotation of teams this talented. But at 6-foot-8 and 235 pounds, Green provides something the Nets need: A center who can shoot, space the floor and switch on the perimeter.

After joining the Rockets midseason, Green posted a 131 offensive rating that far exceeded his prior best of 115. He did it while moving from power forward to center in a five-out system and shooting .495/.426/.824 in a dozen playoff games. He hopes to recapture that form with D’Antoni coordinating Brooklyn’s attack.

“It’s great. I saw him the other day, talked the small window of memories that we had together. I was very effective under his offensive influence, so hopefully they can translate here to help his team in any way possible,” said Green. “I’m excited to be alongside him, Coach [Steve] Nash and the personnel we have. It’s going to be a great year.”

“Basquiat embodies much of what Brooklyn represents, and his creative spirit and passionate voice can still be felt throughout the borough,” said John Abbamondi, president of the Nets and parent company BSE Global. “Today, more than ever, Basquiat matters.”