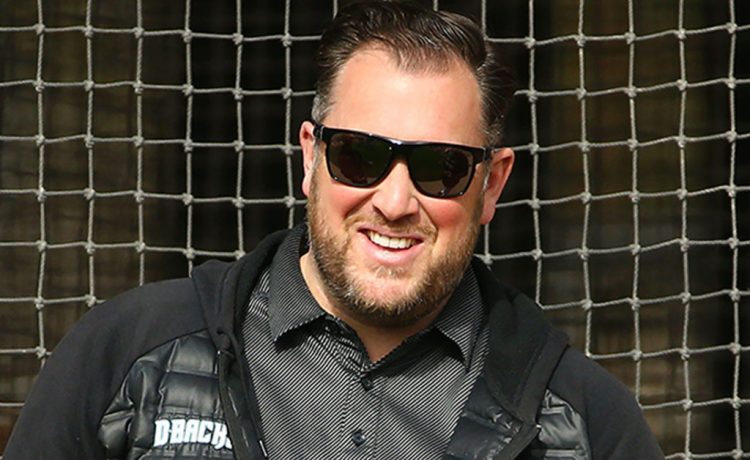 The Mets have a new owner, a new team president and a new catcher.

On Sunday, they officially added a new general manager, as the Mets announced the hiring of Jared Porter, who will work under Sandy Alderson. Porter will be introduced as GM in a Zoom call on Monday.

It comes on the heels of the team signing free-agent catcher James McCann, as well as right-handed reliever Trevor May.

But there is still much to be done during a slow-moving offseason in which the biggest targets — including George Springer, Trevor Bauer and DJ LeMahieu — are all available and would fill needs for the Mets.

According to industry sources, the 41-year-old Porter signed a four-year deal to come to Queens after spending the past four years with the Diamondbacks. He also worked for Theo Epstein in Boston and with the Cubs, winning World Series titles with both organizations. He was selected over another finalist, Zack Scott, who has worked for the Red Sox for the past 17 years.

“I’m excited to join the community, get to work, and help build a collaborative and sustainable baseball operation and culture for the New York Mets,” Porter said in a statement.

Alderson originally intended to bring in a team president, but that plan was foiled when the Mets were unable to get permission to interview their desired candidates for the position.

Instead, Alderson will fill the role, at least for this season, with Porter as his GM.

“Jared has proven himself at every level and in every position he has held, earning respect from his peers throughout baseball,” Alderson said in a statement. “He is deeply knowledgeable in all aspects of the game and has worked with several accomplished baseball executives. Jared is prepared for this next challenge.”

That includes perhaps adding to a rotation that has Jacob deGrom and Marcus Stroman, as well as Noah Syndergaard rehabbing from Tommy John surgery.

Jake Odorizzi is on their radar, as is Bauer, who won the NL Cy Young award last season with the Reds.

Springer would be another top prize, as the Mets could plug him in at center and keep Michael Conforto and Brandon Nimmo in the corners. The 31-year-old Springer was a consistent threat in Houston’s lineup the past seven years.

With the loss of Robinson Cano for the season due to a PED suspension, LeMahieu would fit at second base.

But Bauer and Springer are the clear top difference-makers, along with J.T. Realmuto, who the Mets considered before pivoting to the less expensive McCann.

Alderson has already said he would rather sign free agents than trade from their limited depth. With owner Steve Cohen’s billions, Alderson and Porter should have plenty left to spend this offseason, if they choose to go that route.

They hired Dave Jauss to be manager Luis Rojas’ bench coach and still have some other coaches to hire, with pitching coach Jeremy Hefner expected to return.

With the catching spot settled, the bullpen fortified and the front office coming together, the new-look Mets figure to add more pieces as 2021 approaches.