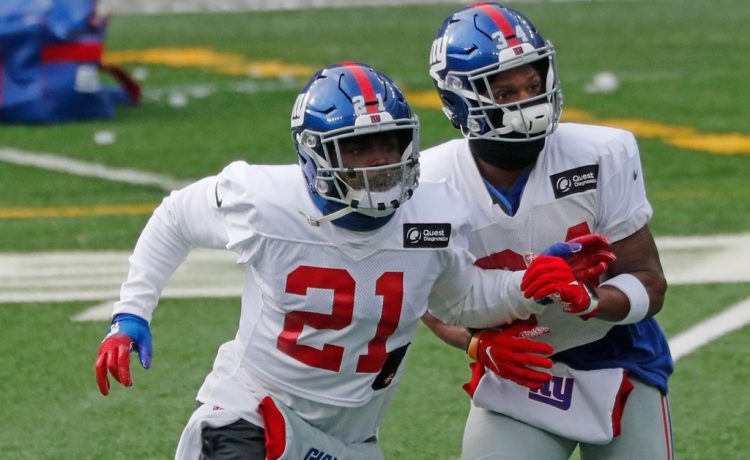 Jabrill Peppers said he is happy with how his NFL career panned out after a slow start with the Browns.

But with his former team coming to town Sunday, the Giants safety can’t escape a walk down memory lane to the blockbuster trade in 2019 that brought him to New York in exchange for Odell Beckham Jr.

“I was actually excited about the trade, thinking, ‘We just got Odell!’ ” recalled Peppers, who said on a Zoom call Friday that he first learned of his trade on Twitter. “And I keep looking and then I’m like, ‘Oh s–t. I’m not even here no more!’

“And then [former Browns general manager John] Dorsey called me like 15 minutes after that and I had already seen the news. I actually spoke to [Giants GM Dave] Gettleman before I spoke to Dorsey. It is what it is, that’s the nature of this league. Can’t take it personal. But I’m happy, I’m happy with the outcome, it’s working out for me.”

Cleveland also shipped guard Kevin Zeitler and their first- and third-round picks in the 2019 NFL Draft to the Giants, who included defensive end Olivier Vernon in the deal in addition to Beckham.

Peppers, whom the Browns drafted 25th overall in 2017, was thought to be the most intriguing part of the package, considering he was a Heisman Trophy finalist at Michigan.

The 25-year-old is now coming into his own in his second season with the Giants. A New Jersey native, Peppers has said how much more comfortable he is being closer to home — and it’s showing on the field.

“Absolutely,” Peppers said when asked if he feels like a different player now. “I’m being played to my strengths here. I thank the Giants for believing in me and seeing my potential, so I’m just doing my due diligence to make them look good.”

In April, the Giants picked up the fifth-year option of the rookie contract Peppers signed with the Browns. He is guaranteed $6.8 million in 2021 before he can become a free agent.

During his two seasons in Cleveland, Peppers combined for 97 solo tackles, six tackles for loss and four quarterback hits. Since then, he has developed into one of the driving forces for the Giants’ success on the defensive side of the ball.

With at least three games to go in 2020, Peppers already has 49 solo tackles, eight tackles for loss and three QB hits, despite missing Week 4 with an ankle injury.

Peppers said he is expecting a tough challenge from the Browns at MetLife Stadium Sunday, but he doesn’t plan to treat the game differently than any other. The Giants likely hope he doesn’t do anything differently either.

“It’s a big game, it’s not a big game because it’s my old team, it’s a big game because of what’s at stake,” Peppers said. “It’s the next game. I’m not going do anything abnormal or anything that I haven’t been doing during the season. Just going to come in, prepare like I’ve been preparing all year and try to do my job to the best of my ability.”