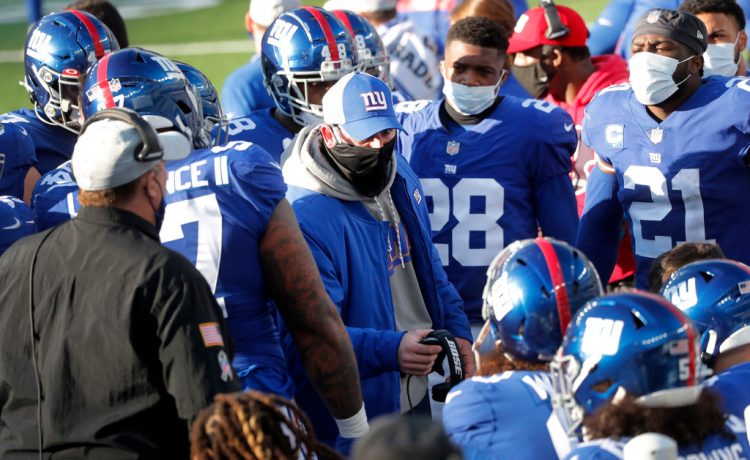 Well, in the immortal words of Charlie Brown: “Rats!”

Someone called the cops to your house because the music was too loud. Someone narced on your dorm-room party because they spotted you sneaking in a quarter keg. Someone told that beautiful girl (or handsome dude) you’ve been chatting up that you have a serious girlfriend (or boyfriend). Someone found out you’d been borrowing their passwords to Netflix, Hulu and HBO Max.

The ride was downright intoxicating.

So this was the buzzkill: a pillar-to-post pounding by the Arizona Cardinals, a team that had been free-falling every bit as rapidly as the Giants had been ascending the past few weeks. The final score was 26-7, but that was mere semantics.

From the moment the Cardinals separated Daniel Jones from the ball 112 seconds into the game — an unwanted déjà vu moment if ever there was one — the visitors could have named the score. They settled on 26-7. It was a thrashing. It was a trashing. It was a bashing.

“We were outplayed,” Giants coach Joe Judge said, “and we were outcoached.”

Said running back Wayne Gallman: “We have to be better.”

That summed it up concisely, properly and painfully. It doesn’t necessarily affect the Giants’ position within the NFC East all that much, the teams are too tightly bunched, too like-minded. Still, this wasn’t a good day for the local 11. The Cowboys gained ground in Cincinnati — and have the most manageable portion of their schedule ahead of them. Washington ground out a win against San Francisco in Arizona (sentence copyright, 2020) and slipped past the Giants into first place; Jalen Hurts led the Eagles to a stunning win against the Saints, ending New Orleans’ nine-game winning streak.

But it was just a week ago that the Giants had walked into Seattle’s Lumen Field and sent a chilling message to the Seahawks and the rest of the NFC, one that essentially said this: We’re not just planning on qualifying for the playoffs, we’re of a mind to stay a while if and when we get there.

It was a different message this time.

“It’s a tough moment,” said Blake Martinez, the Giants’ tackle-machine linebacker, who shook off a back injury to make seven stops, five of them solo. “We didn’t perform the way we needed to today. You can’t be too high and can’t be too low on yourself. Now we have to focus on the coming week and make improvements like we have been during the season.”

The defense was actually plenty feisty, and helped keep the Giants in the game well past the point where they deserved to be. But the offense … 10 first downs. Only 159 total yards. Nobody could stop Arizona’s Haason Reddick, a Haddon Heights, N.J., kid who collected five sacks and forced three fumbles, the best Jersey homecoming since Springsteen opened the Meadowlands with six straight sellouts back in 1981.

Daniel Jones was clearly not right the whole time, reluctant to use his legs early, limping on them late, three times allowing himself to be separated from the ball. It took an hour and a half for him to emerge from his postgame treatment, which doesn’t speak well for his usefulness next Sunday against the Browns in prime time.

“It’s extremely disappointing for all of us,” Jones said. “To play like that … we didn’t execute throughout the whole game. I didn’t do enough and we didn’t move the ball on offense at all.”

So the Giants will wake up Monday morning with a little headache, maybe an upset stomach, feeling a little hazy. Maybe intellectually the Giants, and their constituents, understood the party couldn’t last forever. But the hangover is still going to be jarring. And so will this harsh reminder that they don’t own a margin of error so much as a sliver of one.

“We have to get back to work,” Judge said.

“Any time you lose, it’s always a wake-up call,” Martinez said. “The really good teams focus on getting better with a win or a loss.”

The Giants believed they were headed toward that neighborhood these last five weeks. One terrible day doesn’t erase all that came before. It was a day that felt like false spring, but the Giants don’t have to be false contenders. It’s all still in front of them, starting in prime time next Sunday. Time was, there was nothing in football quite like an important Browns-Giants game. Some things never change.