HomeLeaguesGary Sanchez is well-aware of his Yankees ‘disaster’
Leagues

Gary Sanchez is well-aware of his Yankees ‘disaster’ 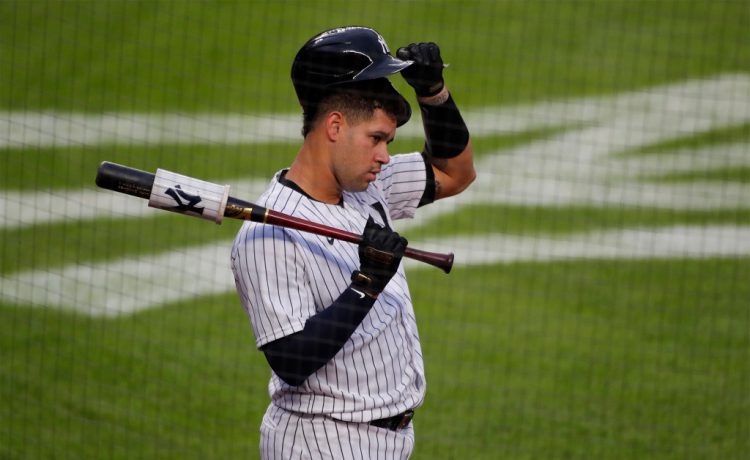 Gary Sanchez has plenty of company in wanting to get this year over with.

“He felt like 2020 was a disaster for him,’’ Yankees hitting coach Marcus Thames said by phone Wednesday. “He knows it.’’

It’s why Sanchez, who spent most of this year’s postseason on the bench, called Thames shortly after the Yankees were knocked out of the playoffs and said he wanted to start hitting in Tampa.

And it’s why the 28-year-old catcher is currently getting at-bats in the Dominican Winter League.

“The fact he’s playing there says a lot,’’ Thames said. “Not a lot of guys with his credentials play down there. It shows you how much he wants to get better and get back to where he was.”

The process started with Thames and assistant hitting coach PJ Pilittere last month, as they worked with Sanchez to figure out just what went wrong last season, when the former All-Star hit just .147 with a whopping 64 strikeouts in just 178 plate appearances.

“We watched a lot of video and he wasn’t slowing the game down with his lower half,’’ Thames said. “He wasn’t staying behind the ball and he wasn’t recognizing pitches, so he was swinging at a lot of bad pitches, and swinging and missing. He normally doesn’t do that. We detected some things and I think he’s back.”

Sanchez’s numbers were ugly. His strikeout-rate was 36 percent, compared to 26.3 percent for his career. And he finished the 60-game regular season with a contact rate of 68.4 percent, a career-low.

Through his first 14 games with his Dominican League club, Toros del Este, Sanchez was 13-for-48, with four doubles, two homers — and 17 strikeouts to go along with six walks.

The numbers aren’t what Thames is paying the most attention to.

“It still feels new to him, but he’s making good moves to the baseball and looking like the Gary I’ve seen and we’ve been used to seeing,’’ Thames said.

No one knows Sanchez’s swing better than Thames, who coached Sanchez from Single-A Tampa to the majors, every step along the way since 2013.

“I never lost confidence in him,’’ Thames said. “I’d tell him, ‘You’re a pretty good player. You’ll figure it out.’ We only had 60 games last year, so it’s a little hard to evaluate. Those were the cards we were dealt and now he has to put it behind him.’’

To Thames, the fact Sanchez wanted to play winter ball for the first time in seven years showed his dedication.

“This was all him,’’ Thames said. “When he wanted to get started so soon, it showed me his head was in the right place. He was pumped up to play winter ball. He really has a will to get better.’’

Thames said he spoke with Sanchez last week and called him “confident as heck” — something that wasn’t always the case in 2020 amid his struggles.

Despite his woeful performance, the Yankees tendered Sanchez a contract and he’s due to make a bit more than $5 million.

Sources have said the Yankees haven’t ruled out the possibility of trading Sanchez. Earlier this month, however, general manager Brian Cashman said he thought Sanchez “would be the heir apparent” at starting catcher.

“We’re gonna certainly bet on him returning to form, the All-Star caliber player he was prior to the 2020 season,’’ Cashman said. “I know some people might take that as an excuse, but I think we’re just making what we believe is a safe bet.”

“I know how hard he works,’’ Thames said. “He’s always prepared. Even in the playoffs, when he wasn’t playing every day, he was still doing the work.’’

Thames expects Sanchez to be back in Tampa next month.

“We’ll get back to work,’’ Thames said. “We’re getting his swing where it needs to be for next season, so he can get back to being the player he’s been in the past, which I know he’s still capable of being.’’