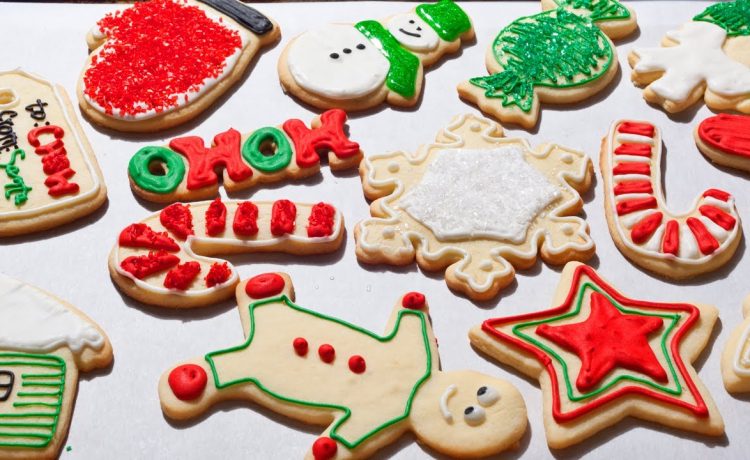 Christmas biscuits and cookies may not be the traditional Christmas dessert, but they’re a delicious snack for the weeks leading up to the big day. Not sure how to make them? Follow this BBC Good Food Snowman cookie recipe.

Cream the butter and sugar until pale and fluffy, then beat in the egg and vanilla.

Stir in the flour and mix to a fairly soft dough.

Tip onto a lightly floured surface and knead gently.

Put the dough on a plate, cover and chill for at least two hours.

On a lightly floured surface, roll out the dough to a thickness of around 0.5cm.

Use a cookie cutter or water glass to stamp out seven centimetre rounds.
Re-roll the trimmings and repeat.

Transfer the biscuits to two lined baking trays and bake for eight to 14 mins until the edges turn lightly golden in colour. Leave to cool.

To decorate, roll out the white fondant icing on a surface lightly dusted with icing sugar.

Stamp out seven centimetre circles using the same cookie cutter or glass as before, then use a dab of the white tube of icing to stick a fondant round on each biscuit.

Knead together some of the yellow and blue icing to make green icing, then do the same with the red and yellow icing to make orange (alternatively, buy separate packs of each colour).

Roll out one icing colour at a time. Stamp out a seven centimetre circle of icing, cut in half and stick on for a hat.

Cut a strip of another colour and make some markings to make it look like the elasticated band of a hat, then trim to fit and stick on.

Repeat with all the biscuits, mixing and matching colours.

Decorate the hats with icing spots and stripes, if you like.

Roll out balls of coloured icing, poke holes all over with a cocktail stick and stick on as pom-poms.

Press down to flatten, then stick on with white icing.

Use the tube of black icing to pipe rows of dots for the smiles.

Leave to set. Eat immediately or keep them in an airtight container for up to five days.