HomeTourismBrexit holidays: New duty-free allowances ‘called some of the most generous in the world’
Tourism

Brexit holidays: New duty-free allowances ‘called some of the most generous in the world’ 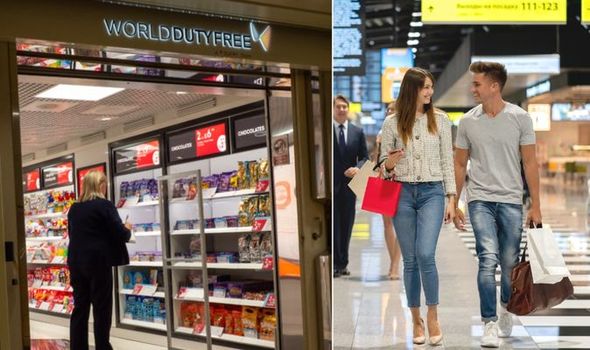 As of January 1, the UK will have officially ended the Brexit transition period and left the EU. With this will come a number of changes which will impact the way we holiday.

Among them are changes to passport rules and health care while abroad.

However, duty-free allowances are also set to change, with new limitations set to impact holidaymakers.

Despite this, they have been described as “some of the most generous in the world”.

Travel expert Simon Calder outlined his predictions for new allowances including the import of alcohol, cigarettes, dairy produce and clothing when travelling from the EU to the UK.

Speaking during an Instagram Live event he said: “For the past couple of decades basically the rule has been if you are coming back from the EU you can bring whatever you want.

“There were a few limits on cigarettes from Eastern Europe I think and also the Canary Islands, which are actually outside of the EU for customs purposes just like Gibraltar and the Channel Islands.

“But for the purposes of duty-free bring back what you like.”

Once the UK has left the EU, this rule will change and new guidelines will be put in place as agreed upon by leaders in the new Brexit deal.

“With duty-free, you will be allowed to bring in 200 cigarettes duty-free, cheaper than you can get in Bulgaria etc,” explained Mr Calder.

“You will also be able to bring in four litres of spirits or nine litres of sparkling wine which basically means a case of champagne.

“You will then be able to bring in two cases, so that is 24 bottles or 18 litres, of still wine which will be handy for people who like to stock up in France before they come back.

“And you are also allowed to bring in 16 lives of beer which is surprising but there we are.

“They are called some of the most generous limits in the world.

“Anything beyond that and you have to pay duty on the whole lot.”

There will also be some restrictions on the movement of meat and dairy products.

“On the subject of cheese and meat, of course, you can take them one way into the UK but you can not take them out,” continued the travel expert.

It is thought customs declarations will also become simpler for incoming travellers.

“The measure also introduces a simplified method for calculating excise duty so that travellers bringing goods in excess of their allowance can make a customs declaration more easily,” explained HM Revenues & Customs.

The authority concluded: “Customer experience is expected to be positively impacted as travellers can now purchase duty-free goods when travelling to EU countries.”