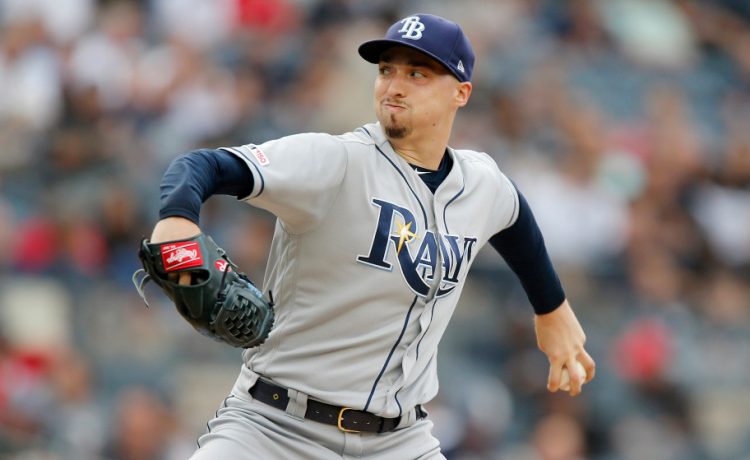 Even the most obnoxious Yankees supporter would have to admit the Rays have replaced the Red Sox as the Yankees’ biggest hurdle getting back to the top of the AL East.

The Red Sox took the first step back up the ladder by rehiring Alex Cora as their manager, but the Rays remain the defending division winners and are the reigning AL champs.

However, Tuesday’s news out of St. Petersburg helped the Yankees in their quest to wrestle the AL East title away from the Rays. That’s when right-hander Charlie Morton bolted Florida for Atlanta and a one-year deal for $15 million with the Braves. That was the amount of the club option the Rays declined on Morton, 37, who was 18-8 with a 3.33 ERA in 42 starts across two seasons for them. The Rays wanted to keep Morton, but the Braves’ offer was roughly $5 million more than the Rays wanted to spend.

And it might get worse for the Rays, who are open to listening to trade offers for stud lefty Blake Snell who turns 28 on Dec. 4 and has a very manageable $39 million and three years remaining on his contract. Snell is 42-30 with a 3.24 ERA in 108 starts during his five years with the Rays. Snell went 4-2 with a 3.24 ERA in 11 starts this past season and 2-2 with a 3.03 ERA in six postseason games.

Much like the Rays and Pirates deal in 2016, the Rays are looking for the same type of killing they made in trading Chris Archer for Tyler Glasnow, Austin Meadows and Shane Baz. Nor are the Rays adverse to trading with the Red Sox, Yankees and Blue Jays.

So while Yankees haven’t made a trade or signed a free agent, they have closed the gap on the Rays, which could get smaller if Snell splits. Of course, that gap would vanish if the outgoing Snell lands in The Bronx, where he would team with Gerrit Cole to form a terrific one-two punch at the top of the rotation.

Any trade talk between the Yankees and Rays would likely have to begin with starters Deivi Garcia and/or Clarke Schmidt and could include first baseman Luke Voit, whose value is high after leading the majors with 22 homers in the 60-game season. While Clint Frazier is being viewed in some circles as potentially being the Yankees’ regular left fielder in 2021, the 26-year-old fits the Rays’ profile: young, solid upside and not making a lot of money yet.

Of course, the Yankees understand they can’t enter the 2021 season with Cole and Jordan Montgomery being followed in the rotation by possibly Domingo German, Garcia and Schmidt.

Free agent Masahiro Tanaka remains in play for a return to the only team he has pitched for in the big leagues and for a spot behind Cole in the rotation.