HomeLeaguesTime for Yankees to move on from Gary Sanchez
Leagues

Time for Yankees to move on from Gary Sanchez 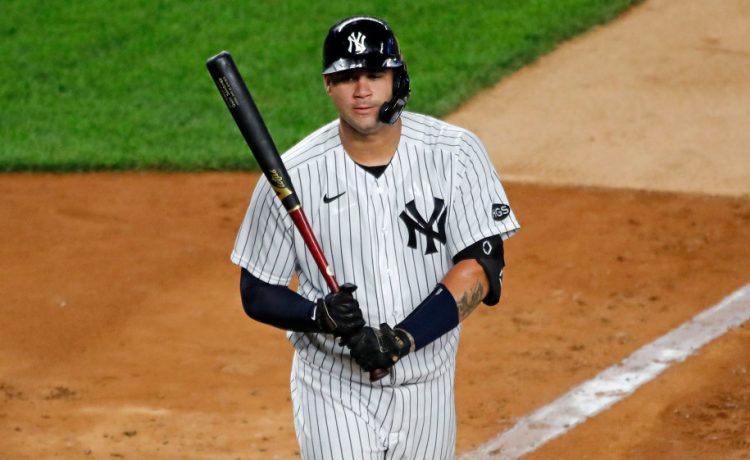 If Gary Sanchez gets dumped by the Yankees and rediscovers his 2016-17 mojo elsewhere next season, the team that discovered and developed him must conduct an internal audit to discover why and how this prodigious talent lost his way in The Bronx.

But if the Yankees keep their human click bait behind the plate and Sanchez doesn’t rebound? Baseball’s most storied franchise might just vaporize one day. Cease to exist.

OK, clearly the 2020 stress is getting to me and I’m exaggerating. Yet as the Yankees deliberately make their way through this confusing Hot Stove season, one truth should guide them: They can’t bring back Sanchez, their two-time All Star and one-time king Baby Bomber. They must move forward without him.

A source confirmed a report by the MLB Network’s Jon Heyman that the Yankees have reached out to free-agent catcher Yadier Molina to express an interest in the iconic Cardinal, and it wouldn’t surprise if the Yankees also have touched base with Molina’s fellow free-agent receivers J.T. Realmuto and James McCann. It’s that time of year. While the safe bet calls for Molina to return to St. Louis, do you not smile thinking about him doing his thing for the Yankees or Mets (who also have contacted him)? At 38, after 17 years in the big leagues, Molina still serves as the reassuring presence you want in your catcher.

Sanchez primarily unnerves rather than reassures, and we know it isn’t just us because we watched the Yankees start the more reliable Kyle Higashioka over Sanchez in four of the five American League Division Series games against the Rays. The team can counter that benching guys during an October crisis need not be a binding decision, that the entire, nuttily reduced 2020 season should be minimized in assessing and projecting a player’s future value. I’d agree for some players. Not for a player who was trending seriously downward prior to the novel coronavirus upending our world.

In 2019, Sanchez finished with negative-2 runs saved defensively as per Sports Info Solutions, a disturbing drop from 4 runs saved in 2018. In 2020, he dropped to negative-4 runs saved despite clocking fewer than half the number of catcher innings as he did in 2019, not quite a résumé bullet point for new catching instructor Tanner Swanson. As for his offense, would you believe that Sanchez led all qualified Yankees hitters with an average exit velocity of 91.8 miles per hour? Alas, you track exit velo only when you hit the baseball, so that data point doesn’t speak to another category in which Sanchez paced his team: strikeouts (64 in 156 at-bats). Yeesh.

It might amaze you that, from 2016 through last season, Sanchez’s 10.7 wins above replacement rank fifth among all players who have spent at least 75 percent of their time at catcher, as per Baseball-Reference.com. More than half of that comes from 2016-17, though, and remember that ’17, his best season (3.9 WAR), featured Joe Girardi memorably benching him out of frustration. Sanchez never has provided a smooth ride. He is the anti-DJ LeMahieu.

LeMahieu’s free agency and uncertain price tag serves as part of the reason the Yankees, who took a financial beating due to COVID, are slowly navigating the offseason. Nevertheless, a deadline awaits: The Yankees must tender Sanchez a contract by Dec. 2. In this climate of tight team budgets, tendering Sanchez a contract likely will be tethering him to the 2021 Yankees.

Hence a Sanchez trade must occur before then or, barring that, the straight non-tender, which would make him a free agent. Pair up Higashioka with Molina, Realmuto, McCann or more likely a trade target or another non-tender, utilizing the same arbitrage skills that brought Chad Green, Gio Urshela, Luke Voit and others aboard.

Two officials from other clubs told The Post on Thursday that the Yankees weren’t pushing a Sanchez trade. That’s OK; finding a taker will be a long shot, anyway. The biggest long shot of all, however, feels like putting Sanchez together again in a Yankees uniform.