This Giants situation is almost unbelievable 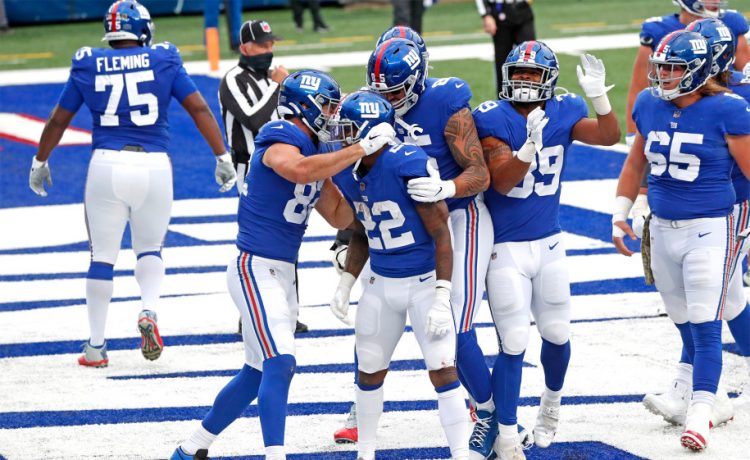 It’ll probably take six. God, it should take six. It’s all but impossible to believe that the weekly pillow fight that is the NFC East could accept a home playoff game with a team bearing a 5-10-1 record, or 6-10. But them’s the rules. That’s the law. The Giants and their division mates didn’t make those rules. They just get to benefit from them.

The Giants? They’ll get to benefit from 13 days off. They’ll let the other three combatants have at it next week as they savor a second straight win, 27-17 over the Eagles, their first win over their bitter rivals in four years, their best end-to-end performance of the season. The win gives them three victories on the season, tied with Philly. The Eagles have two fewer losses. They have a tie. They’ve played one less game.

The math, such as it is, still favors them.

But after what you watched across 60 minutes at MetLife Stadium on Sunday afternoon, here’s a question for you: do you think the Eagles are the much better team? And coupled with the 22-21 escape they pulled against the Giants last month, it’s fair to ask: are they even the better team?

These are all questions for those of us who don’t play to ponder. Giants coach Joe Judge made it perfectly clear Sunday afternoon that he hadn’t yet looked at the revised NFC East standings, nor would he. He won’t get caught up in this narrative because he has no say in it. He gets his football team ready to play on Sundays — and they do play hard on Sundays, and with each week play increasingly well, too.

“We just need to keep improving,” Judge said. “To be the program we want to be.”

Said cornerback James Bradberry: “You just can’t get too far ahead. You play week to week, and lock in each week to play ball and execute when it’s time to play.”

Ah, but the Giants are making it hard. They are 3-7 now; in 98 percent of the seasons before this one, that would mean treating the season’s remaining six games as an incremental learning curve. Keep developing the quarterback (and Daniel Jones played his best game of the year Sunday). Keep building a robust defense (which, on Sunday, didn’t allow a single third-down conversion to the Eagles).

But this is 2020. As often as those four words have been used to introduce something new and miserable into our world — a pandemic, murder hornets, a bold-faced parade of high-profile sporting obituaries — it also conjures this: what other zany thing could be coming down the pike now?

Such as this: New York Giants, 2020 NFC East champions.

Is it likely? Even now, it seems hard to fathom. Until you start to think of a few things. Like this: the Giants, Eagles, Cowboys and WFT have 10 wins between them 10 weeks into the season — and eight of them have come against each other. That’s almost impossible to believe, but go ahead and look it up. The Cowboys have that miracle comeback against Atlanta. The Eagles beat a 49ers team relying on about 19 backups.

You have to think that’ll change the next few weeks, but then you look at the schedules: lots of games for everyone against the Seahawks and the Ravens and Cardinals. A couple against the Bengals and Browns. It isn’t likely that the whole of the East will go 0-19 against the rest of the league; that’s why six will almost certainly be the minimum requirement.

Now the sobering news: that doesn’t really help the Giants, who only have one more game left against their divisional brethren, the season finale against the Cowboys in New Jersey. The Cowboys still have three, the other two have two apiece.

And if it becomes a purely intramural competition … well, 5-10-1 is in play. So is 5-11. Six and 10 might look like the ’72 Dolphins. Judge and his players are probably right to let the rest of us do the over-thinking here. Still: the Giants have only one game left in November.

Could you possibly have believed they’d be in the thick of a division race at this late date — regardless of how paper-thin that division is?