The Falconeer review – soaring combat on the wings of giant warbirds 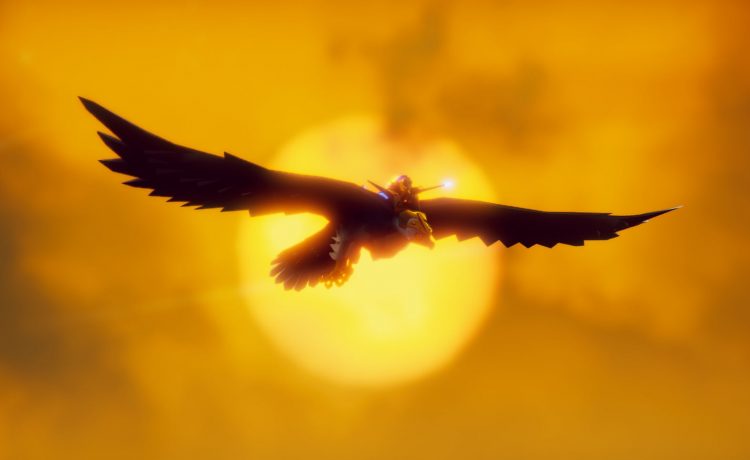 Made mostly by a single developer, Tomas Sala, The Falconeer is a seriously beautiful aerial combat game about giant warbirds. Its setting, The Great Ursee, whose archipelagos are scattered sparsely across an expanse of ocean, is home to entangled warring factions, widespread piracy and tense trading relations between distinct island communities. When you step into its generously large world for the first time, little about the cultures and people that populate it is apparent – and it’s clear the many island nations hide a wealth of secrets. It’s a world not unlike the oceanic locale of Kevin Reynolds’ infamous post-apocalyptic movie Waterworld, but darker and more eerie.

Riding around on the backs of huge, weapons-laden birds of prey, you unpick the mysteries of The Great Ursee. As you deliver traded goods, escort ally warships and raid enemy strongholds, you learn more about the elaborate, shifting socio-political backdrop, assuming the roles of various characters from different clans to understand the story from different perspectives. The game does a splendid job of making you feel as if you are at the reins of a bird, and not just a reskinned aeroplane. Wing beats, speed-building descents and graceful gliding climbs all lend a striking avian sensation to the movement.

And yet that movement is ungainly in combat. While you can feel graceful as you soar above the ocean, dogfighting and bombing runs too often play out as erratic scrambles. A constrained moveset undermines the capacity for deft and dramatic pursuits and escapes, and at times it can feel as if you are fighting against that limitation as much as the enemies. The missions feel samey, and a lack of checkpoints means you can find yourself having to replay significant stretches again and again, including the odd passive narrative section where you’re stuck listening to people talk. Tailing an undisturbed ship as you take in some dialogue once is fine, but the third time is tiresome.

The Falconeer’s emptiness makes it atmospheric and beautiful, leaving space for the shifting weather and looming landmarks to set the tone. But it’s also a weakness. Too much time is spent journeying through empty space, and there are sparse additional distractions beyond the missions. For a place so rich in folkloric detail, it’s lacking in things to do. The sensation of flight and rich narrative detail nesting among the islets were beguiling enough to keep me engaged, but The Falconeer could be so much more.