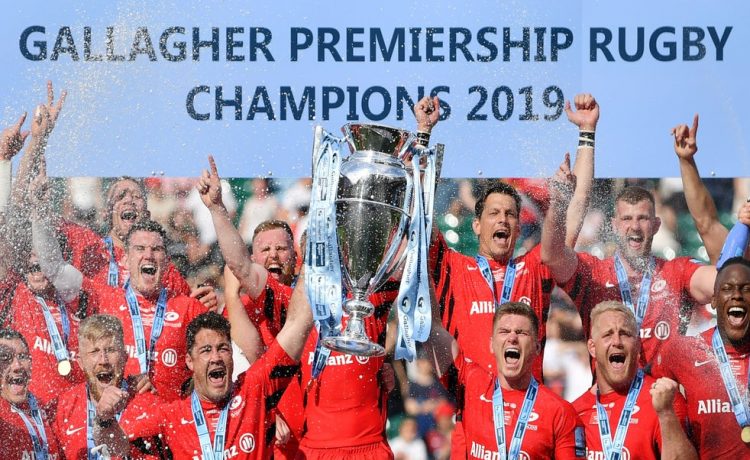 Premiership players will have their tax returns and WhatsApp measures investigated under new salary cap measures introduced for the new season, following the Saracens scandal.

The five-time Premiership champions were relegated in 2019/20 after receiving a 105-point deduction, the biggest ever seen in professional sport for a salary cap breach, though the way that the messy situation unfolded was reviewed by former government minister Lord Paul Myners who produced a report containing 52 recommendations for the league’s salary cap regulations.

Those have been approved by Premiership Rugby in their entirety, a move backed by all 13 stakeholders including Saracens, and will be introduced gradually over the next two seasons, the first of which begins tonight just 27 days since the 2019/20 Premiership final.

“It felt absolutely critical that we owed it to the fans and to the clubs that we had the best salary cap regulations that were available in any sport,” insisted Premiership chief executive Darren Childs on Thursday after announcing the new regulations.

“I’m confident we have the best regulations of anyone in the world.”

The declaration is a bold move given the mess that Premiership rugby found itself in last season, when the reigning English and European champions were fined £5.3m and relegated to the Championship for their indiscretions over three separate seasons.

However, Childs’ claim is backed by a new 67-page regulation that details the extent to which head of governance and regulation Andrew Rogers can now investigate clubs suspected of breaching the salary cap restriction of £5.6m.

Under the new regulations, which will be enforced for the next two seasons at the very least, Premiership Rugby will be able to analyse tax returns, emails, text and WhatsApp messages and bank statements, and those found guilty can be subjects to being stripped of titles, trophies and prize money, as well as an entry point deduction of 50 points and even instant relegation. The current system of fining a club £3 for every £1 they are over the cap remains in place.

“We use PWC to come in and undertake that,” Rogers said of the investigatory powers. “This process has now been given greater powers. There will be greater scrutiny. They will be able to look at a sample of player tax returns and interview club officials.

“Each year the champion club will be given an extended audit. This is a far more forensic audit including reviewing emails of club officials, text messages, WhatsApp messages of club officials and reviewing at least 50 per cent of all players’ tax returns, bank statements, plus any further areas I feel are necessary to look into. That is a real enhancement.

“The ability to look at player tax returns is a massive piece. We have always understood that as a regulatory body there are certain limitations and people may choose to step outside the sporting regulatory framework with a little less concern than they would if they were stepping outside of the law.

“Tax returns are key in making sure players complete those properly and give us extra enhanced oversight of what is going on in the salary cap.”

Should a club commit a ‘major offence’, such as Saracens did by more than £1.1m in 2016/17, £98,000 in 2017/18 and £906,000 in 2018/19, they will be subjected to a ‘special audit’ to commence immediate action, and if a club were to refuse to cooperate with investigators they will be liable to face the same sanctions as detailed among the new punishment structure – a significant increase on the previous six-point deduction.

The measures, Premiership Rugby say, are to increase the transparency within which they operate the salary cap and to try and win back the trust of fans following the Saracens scandal – while also avoiding any similar breaches in the future.

“That would be announced and there would be a summary of the substance of the charge and the anticipated date of a disciplinary panel hearing, if that was known at the time,” Rogers added.

“Going through the process and out of the end…within seven days of the panel making their decision, and subject to appropriate redaction of confidential information, that judgement would be published in full as a matter of public record.”

Though a number of Saracens players who were involved in business dealings with club owner Nigel Wray – which were found to be the root cause of the salary cap breach – voiced their opinion against having financial details accessible, the Rugby Players’ Association has been involved throughout the process of finalising the new measures.

“We’ve worked very closely with the RPA over the last few months,” said Rogers. “We’ve made changes where we could without departing from the principles of the Lord Myners recommendations. They will be told imminently. We can’t speak to each individual player but going forwards the players can come to me if they have questions.”