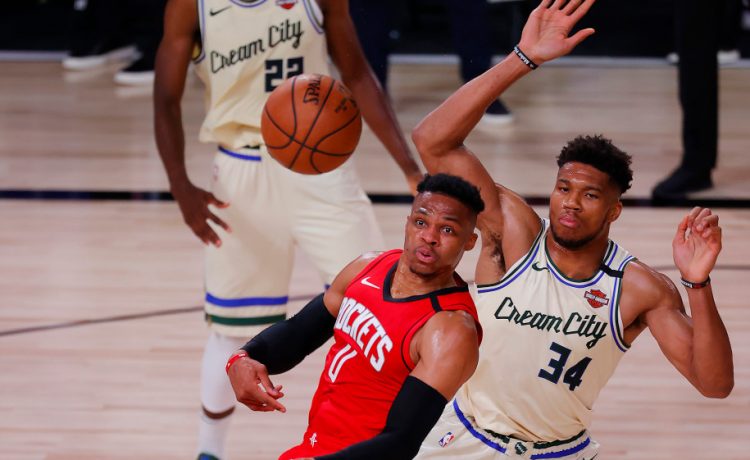 No rookie class has ever gone into an NBA season less seasoned for the next level.

With no summer league or pre-camp voluntary workouts, the Knicks know there will not be a point guard in Wednesday’s draft who will step in as a raw rookie and solve the Knicks’ woes at that position.

Not Kira Lewis Jr. Not Killian Hayes — if he’s still there at No. 8. Not with training camp slated for Dec. 1.

According to sources, the Knicks will likely rely on either free agency, which opens Friday — two days after the draft — or the trade market, which opens Monday to find their 2020-21 starting point guard.

Elfrid Payton, the starter last season, is not expected to have his contract option renewed despite him playing well once he returned from injury. The deadline to renew most contract options has been set for Thursday.

In the new NBA in which scoring point guards are in vogue, the Knicks don’t view Frank Ntilikina as their starting point guard of the future, though they do see him as a valuable piece to the puzzle. The Knicks are still having internal talks about dealing Dennis Smith Jr. on draft night, especially if one of their three draft selections is a point guard.

Russell Westbrook, now that he’s looking to get out of Houston, and Chris Paul are trade possibilities. Jrue Holiday, also on the block, is not, as sources indicate he’s looking to go to a title contender.

On the free-agent market, Toronto’s Fred VanVleet is by far the classiest of point guards available and the Knicks could have $42 million of cap space.

But NBA sources have long indicated VanVleet may not be the maximum contract-type of player to come along and change a franchise’s direction single-handedly. As much as the Knicks like him, they also are aware he’s probably best off on a club already established.

If a Westbrook or Paul deal does not materialize for new president Leon Rose, two lesser veteran free-agent point guards to watch out for are D.J. Augustin, 33, and Jeff Teague, 32.

Knicks GM Scott Perry likes both players but will be hesitant to overpay Teague, who is coming off a deal that paid him $19 million last season.

By that measure, Westbrook seems almost worth what he’s going to make the next three seasons — $41M, $44M and $47M despite just turning 32.

It may cost the Knicks a chance of signing a big-money free agent in 2021 or 2022, but it allows the Knicks to establish creditability and speed up their rebuild.

As has long been reported, the Knicks have felt they are well–positioned to trade for a big-money disgruntled star with their cap space. Not many teams are in the Knicks’ cap boat, which is why the Knicks feel they have leverage.

Tossing to Houston Julius Randle and Smith, which adds up to $26M of 2020-21 salary, plus one of Dallas’ first-round picks could be among Houston’s best offers because so few teams are under the salary cap. Other teams might be concerned about falling into luxury-tax land amid the pandemic.

If the Knicks do make a Westbrook deal, it’s probably with intel from senior VP William Wesley that Giannis Antetokounmpo is not signing with the Knicks in 2021.

“I think a guy with Russ’s motor will still be great for at least three years,’’ said Bryan Oringher, a former scout for Washington and Atlanta and who now runs a YouTube channel. “I don’t think you’re attracting any free agents honestly with the overall stench of everything Knicks of late.

“Without a Russ move, I think they’ll be awful again this year and Thibs doesn’t want to coach a garbage team. Russ instantly makes you at least a playoff contender, possibly more depending on who comes to play with him.’’

At No. 8 in the draft, the Knicks’ preference is to trade back a few notches and pick up another asset, though easier said than done in this parity-driven draft.

Hayes may be gone when the Knicks come to bat with the Pistons likely taking a point guard. It could come down to Lewis, or going with a wing like Isaac Okoro and Devin Vassell. The Knicks aren’t that high on Tyrese Haliburton and The Post reported in October that Cole Anthony was not a consideration.

Okoro is a terrific defender while Vassell is the better outside shooter. Neither, however, play the point.