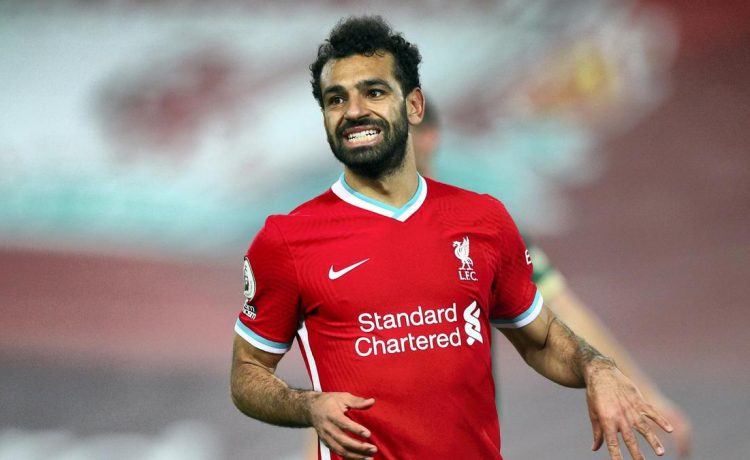 Salah was pictured attending his brother’s wedding following his arrival in Cairo earlier this week, ahead of the international window, but he will no longer feature after becoming the only player among Hossam El Badry’s squad to test positive for coronavirus.

As a result, Jurgen Klopp will not be able to select Salah for next weekend’s showdown with Premier League leaders Leicester City on Saturday, and he is also set to miss the Champions League return against Atalanta at Anfield on Wednesday 25 November with the forward due to undergo the return-to-play protocols before he is eligible for selection once again.

A statement from the EFA confirmed that the 28-year-old is self-isolating after testing positive for Covid-19, ahead of the national team’s African Cup of Nations qualifier double-header against Togo.

“The medical test conducted on the arrival of our national football team showed that our international player, Mohamed Salah, the star of Liverpool, was infected with coronavirus, after his test came back positive, although is not suffering from any symptoms.

“All other members of the team were negative.”

Salah was due to feature in Saturday’s encounter at the Cairo International Stadium as well as the return game next Tuesday at Togo’s Stade de Kegue, before returning to Merseyside to prepare for the visit of Leicester.

It is the latest major setback for Klopp in what is proving a particularly difficult task in defending their Premier League title, having already lost defenders Virgil van Dijk and Joe Gomez to injury.

Gomez underwent surgery on a damaged knee tendon this week after suffering the injury during an England training session, and joined Van Dijk in a race to play again this season after the Dutch centre-back suffered a serious Anterior Cruciate Ligament injury last month.

Trent Alexander-Arnold is also set to miss the crucial game against Leicester, having suffered a hamstring injury in Liverpool’s 1-1 draw with Manchester City before the international break that looks set to keep the right-back sidelined for up to a month.