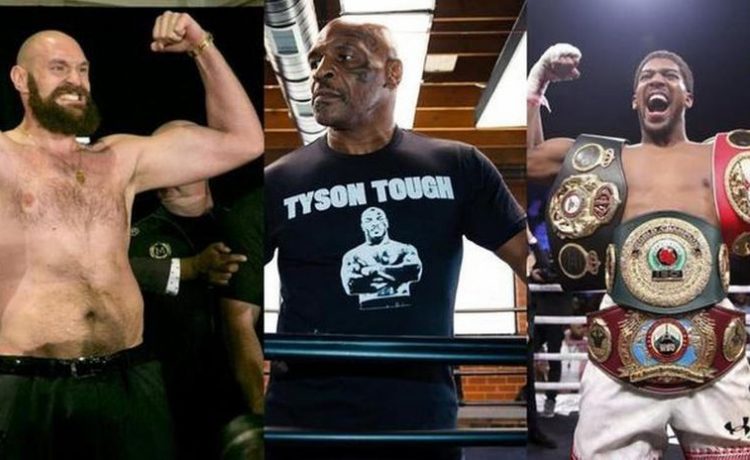 Mike Tyson has raised concerns over Anthony Joshua’s style ahead of an all-British super-fight with Tyson Fury. The stars have already agreed provisional terms on two undisputed clashes in 2021, permitting they take care of business in upcoming fights.

Joshua returns to action on December 12 against Kubrat Pulev on home soil, as he defends his WBA, WBO and IBF straps at the O2 Arena.

Meanwhile, the Gypsy King was expected to return on December 5 at the Royal Albert Hall against Agit Kabayel but his next outing will not take place until early next year.

Iron Mike has now had his say on the mouthwatering matchup between the two current heavyweight kingpins and he predicts trouble for Joshua against Fury.

He told AJ’s promoter Eddie Hearn on No Passion No Point: “It’s very interesting with Joshua, Joshua’s a massive puncher but you can see his punches coming.

“He telegraphs his punches, that’s just a recipe for disaster when you’re fighting Tyson Fury… telegraphing your punches. For a guy who’s 6′ 7″, come on!”

Tyson also took the chance to jump to the defence of boxing’s top division, which has received criticism in recent times but the Baddest Man on the Planet is adamant this is a golden era for heavyweight boxing.

He added: “I think there’s a lot of great fights in the heavyweight division.

“Anybody who says it’s a bad division is just jealous, this is an exciting division.

“The exact fact that Tyson can fight Wilder again, that’s interesting too. I’d see that over and over again.”

Tyson returns to the ring for the first time since 2006 on Saturday night, when he takes on Roy Jones Jr in an exhibition bout.

The 54-year-old will donate his entire purse to charity and Tyson has now claimed he’d be willing to trade leather with any of the current top heavyweights for a good cause.

He told BT Sport, when asked about Joshua, Fury and Deontay Wilder: “I think they’re brilliant. They’re brilliant fighters. They could do so much for society.

“They could have exhibitions and take the money from the exhibitions, because they’re such big crowd-pleasers and they could help so many people.

“There’s so many people out there that we can do so much for, and it wouldn’t even be a 10th of their charitable heart to do something like that.

“In fact, fight exhibitions with me, and most of our charity would go to people who desperately need it.”

Sensationally, Tyson’s clash with Jones Jr has a ‘no knockouts’ rule.