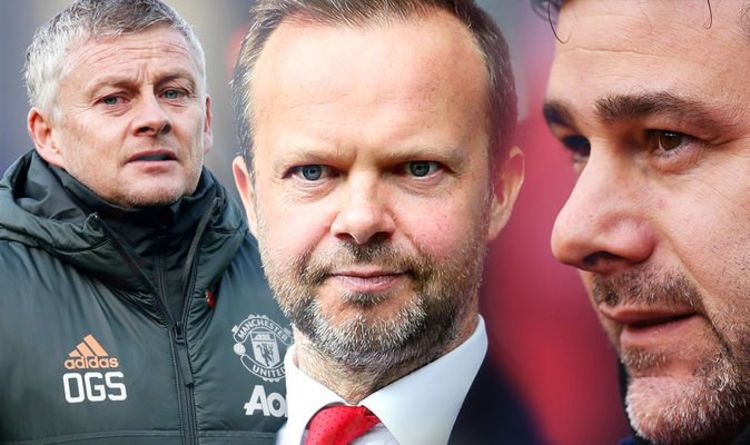 Manchester United executive vice-chairman Ed Woodward has made it clear the club are fully behind Ole Gunnar Solskjaer, insisting they are “absolutely committed” to continuing the progress United have made under the Norwegian.

Solskjaer’s position has come under question of late following a below-par start to the season in the Premier League and a shocking European defeat to Istanbul Basaksehir.

Having finished third to qualify for the Champions League last term, United have lost three of seven league games this term and failed to win any of their four home matches.

Their struggles at Old Trafford have seen them beaten by Crystal Palace, Tottenham and Arsenal by an aggregate score of 10-2.

In Europe, they had beaten Paris Saint-Germain and RB Leipzig in impressive fashion before losing to European minnows Basaksehir over in Turkey.

But the United players alleviated some pressure on their head coach prior to the international break with a 3-1 win away at Everton just days later.

Bruno Fernandes scored two and set up another as the Red Devils came from a goal down to claim a much-needed victory at Goodison Park.

And Woodward, discussing United’s financial first quarter results, said of Solskjaer in a statement: “On the pitch, while there is still hard work ahead to achieve greater consistency, we remain absolutely committed to the positive path we are on under Ole as the team continues to develop.”

It was claimed that the Argentine, highly rated at United, was approached by the 13-time Premier League winners ahead of the trip to Everton.

Days earlier, Pochettino appeared on Sky Sports Monday Night Football and said: “I always feel ready to get back involved in the game. I love football, it’s my job.

“My hair is long, look! I hope to cut it when we start working again to work. I am looking forward again to being involved in the game.”

That was seen as a pointed message to United although Paris Saint-Germain and Manchester City are among the other clubs keeping a close eye on Pochettino’s future.

On Thursday night, United announced their financial results for Q1 of the 2020-21 financial year a day earlier in error, with the company responsible for publishing them having planned to send them out on Friday instead.

The results showed that United’s revenues were down 20 per cent for the three months up until September 30 with the COVID-19 pandemic having caused complications for the Manchester club and their Premier League rivals.

Woodward added: “While the COVID-19 pandemic continues to cause significant disruption, we are optimistic that the recovery and normalisation phase is gradually coming into view.

“The club’s resilience and our strong commercial business continue to provide a solid foundation and gives us confidence in our long-term outlook beyond the pandemic, both on and off the pitch.

“We recognise that not all football clubs are in as robust of a financial position and that the Premier League has a responsibility to support the wider English football pyramid.

“We will continue to push for this support, both through emergency assistance during the pandemic, and through longer-term reforms to ensure that the success of the Premier League is reinforced for the benefit of the national game as a whole.

“We miss playing in front of our fans and we are working hard together with our governing bodies and relevant authorities to ensure that fans can safely return as soon as possible.”

Meanwhile, speaking about his side’s recent performances and results in the aftermath of the win over Everton, Solskjaer declared: “We want more consistency, to kick on and go on a run, climb the table and qualify for the Champions League.

“No-one likes to be criticised. My players don’t. So, of course they are going to come out and show what they are about and show their quality.

“My job now is to make sure that guard is up every time and doesn’t drop, and we don’t go into any game with a sense of: ‘We don’t have to work, that it will be easy and we can out-play teams.’

“We have to out-fight teams and out-run teams as well, and today was an exceptional performance for a long time after a difficult week for the boys.”