HomeLeaguesKnicks interested in Gordon Hayward after $34 million opt out
Leagues

Knicks interested in Gordon Hayward after $34 million opt out 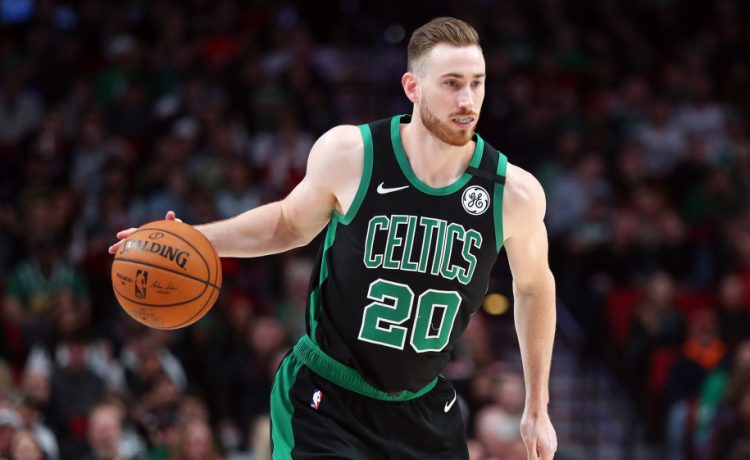 Could the Knicks turn the World’s Most Famous Arena into Madison Square Gordon?

In a surprising development, Celtics forward Gordon Hayward opted out of the $34 million player option in the final year of his contract Thursday on the eve of free agency despite his injury history and recent less-than-All-Star form.

Free agency begins at 6 p.m. Friday, and the Knicks need a starting point guard most prominently, but they also could use a solid outside-shooting threat at the small-forward position, even after the home-run drafting of scoring forward Obi Toppin.

Though he is 30 and hasn’t regained his 2017 All-Star form, the Knicks are intrigued by the 6-foot-7 Hayward for the right price, according to sources.

The Knicks’ new assistant general manager, Walt Perrin, drafted Hayward out of Butler with the ninth pick in 2010 for the Jazz.

Because Hayward decided to opt out, he must know of teams willing to pay him at least between $18 million and $20 million a year on a two-year or three-year deal.

The Knicks opened $40 million of cap room Thursday with their expected waiving of most of their 2019 free-agent signings — Taj Gibson, Bobby Portis, Elfrid Payton and Wayne Ellington. They also exercised the $4.2 million option on Reggie Bullock. Gibson and Portis could be re-signed to much cheaper deals — Gibson for perhaps the veteran’s minimum.

However,, their cap space was immediately reduced to $35 million Thursday night via a trade with the Jazz as they took on Ed Davis’ contract to acquire two more 2023 second-round picks. The Knicks may waive Davis, 31, but they achieved their goal of stockpiling for the first draft in which the NBA again will allow high schoolers to participate.

Regarding Hayward, only Atlanta has the type of cap space needed to make him a competitive offer. The Knicks could also pull off a sign-and-trade with the Celtics and offer Julius Randle. The fit of Toppin and Randle bears watching.

The Knicks reportedly have also shown interest Malik Beasley in a potential sign-and-trade, but the Timberwolves guard is facing legal issues. In late October, Beasley was charged with felony threats of violence and fifth-degree drug possession coming from a Sept. 26 incident at his Plymouth, Minn. home, according to the Hannepin County Attorney’s office.

The 2020 free-agent class is bereft of stars because Anthony Davis is expected to sign a two-year deal to return to the Lakers. That’s why Hayward stands out.

Of course, the Knicks could use their foray into seeking a bigger fish to scare the Rockets into making a deal with them for point guard Russell Westbrook. The Knicks are one of the few teams that would have the cap space to take on Westbrook’s contract, but a Hayward signing would make that more difficult. The Knicks want Westbrook, but at a discount.

The Knicks are in a win-now mode, as evidenced by trading their 33rd pick in the draft for a 2023 selection because they didn’t want to waste a roster spot on a project. With Bullock’s option having been picked up and two draft choices coming aboard, the Knicks will have five roster spots open if they waive Davis.

According to league sources, the top free-agent point guard on the market, Fred VanVleet, probably will re-sign with the Raptors. The Knicks have interest, but would rather not be used by VanVleet to get a better offer from the Raptors and don’t want to give out a maximum contract.

In fact, they could get a serviceable starting point guard for value and they have three former Thibodeau floor generals — D.J. Augustin, Jeff Teague and Kris Dunn — on their radar. Each could be had for the range of $5 million to $7 million.

Miami point guard Goran Dragic is a much more lucrative option. Payton is a longshot to return, but it hasn’t been ruled out.

The Knicks need more outside shooting. Kentucky rookie Immanuel Quickley, selected with the 25th pick, is only a small start. Hayward’s career 3-point percentage is 36.6 percent.

The Knicks have discussed Washington’s Davis Bertans (42.4 percent from 3) as a perimeter threat, while interest in Detroit forward Christian Wood could wane with the Toppin arrival. The Knicks ranked 27th in 3-point shooting last season.

In addition, former Knick Carmelo Anthony is on the radar, but the Knicks hope he comes for a cheaper price, such as the $5 million room exception.