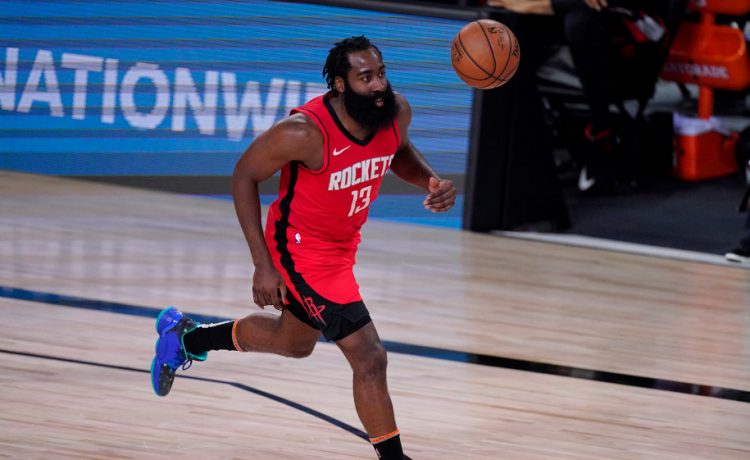 Stories of the Nets trying to build a “Big Three” just won’t go away. And the latest is adding the biggest scorer in the game: James Harden.

GM Sean Marks told UK-based Leaders Performance Institute that he’d discussed the Nets’ culture with Kevin Durant and Kyrie Irving, it’s evolution from a team built on diamonds in the rough to one possessing the star talent to challenge for the NBA championship. Chasing the likes of James Harden could fit that bill.

With Russell Westbrook having already asked out of Houston, the perception is Harden might be close behind in hitting the market. Brooklyn could be a potential landing spot, along with Philadelphia, according to ESPN’s Kendrick Perkins.

It should be noted that Perkins played with Harden and Durant in Oklahoma City and was one of the first to suggest the latter would end up on the Nets last offseason. For that reason alone, Perkins’ comments on Thursday’s “First Take” that Harden might follow the same path to Brooklyn can’t be dismissed out of hand.

There are other potential additions that are more likely (Jrue Holiday, Serge Ibaka), but none more gifted. Harden has averaged 34.3, 36.1 and 30.4 points the past three seasons, winning the scoring title each time. And at 31, he’s still in his prime, which is why Houston will ask for — and likely get — the farm for Harden.

With $131.5 million left on his deal — including a $46.9 million player option in 2022-23 — Brooklyn would need to make the salaries work. Former Nets assistant GM Bobby Marks — now at ESPN — cited Brooklyn as one of five teams with the assets and draft capital to satisfy Houston, offering some combination of Caris LeVert, Jarrett Allen, Spencer Dinwiddie, Taurean Prince and picks.

Still, the Celtics, Nuggets, Warriors and 76ers were all also cited by Bobby Marks as contenders. And Philadelphia — also mentioned by Perkins — just hired Daryl Morey, the ex-Rockets GM who brought Harden to Houston and has indicated he could trade for him again if he becomes available.

Even if Brooklyn doesn’t win the sweepstakes for Harden, they’re believed to be looking for a power forward. They couldn’t do much better than Ibaka.

The 7-footer played with Durant, Harden, Westbrook and new Nets assistant Royal Ivey on the OKC team that reached the 2012 NBA Finals. Durant and Ibaka stayed close throughout the years, with the Nets star going on Ibaka’s cooking show a year ago and saying they could end up joining forces again and winning a title together.

Now, Durant is trying to recruit Ibaka to Brooklyn, according to Forbes. From last offseason’s addition of DeAndre Jordan to this offseason’s hiring of Steve Nash and Ivey, it’s clear how much weight Durant’s friendship carries. The question is how much is playing with him again worth to Ibaka?

Ibaka is going to take a pay cut from this past season’s $23.3 million salary, but how much? The Nets can only offer the taxpayer mid-level exception, which would be $5.7 million this coming season and a maximum of $18 million over three years. Some suitors could have the non-taxpayer MLE, or $9.3 million.

At 31 with $120 million in career earnings, would Ibaka take less to chase another ring? He has gas left in the tank, averaging a career-high 15.1 points and 8.1 boards. With Jordan and Jarrett Allen both devoid of jumpers, he’d give the Nets enviable lineup flexibility. Nash could deploy Ibaka at center with five shooters or use Durant to small forward in a frontcourt all over 6-10. 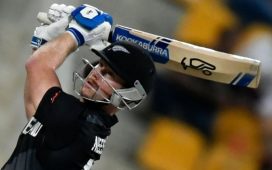