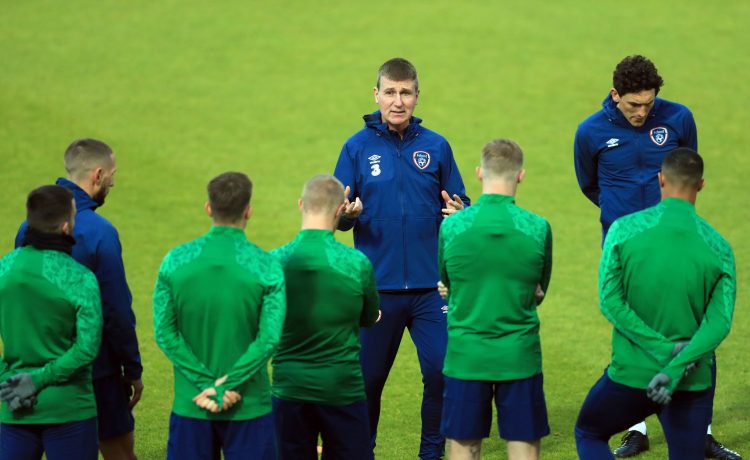 Manager Stephen Kenny is being investigated by the Football Association of Ireland (FAI) after showing a ‘political’ video to his players before their friendly against England at Wembley last week.

The video was shown on the day of the game, which England went on to win 3-0. The Independent understands Kenny has been asked to give his account of the incident after a senior FAI official expressed their concern to the board.

Some Irish players were “shocked” by the content of the video, according to the Daily Mail, which first reported the news, although other sources told the paper the video was simply “pro-Irish”.

In a statement, the FAI said: “The Football Association of Ireland is aware of issues surrounding content shared with our senior men’s team ahead of the recent friendly against England at Wembley Stadium. The FAI is already looking into this matter internally as a matter of urgency to establish the facts. The FAI has no further comment to make at this time.”

Kenny took over from Mick McCarthy in April. Last month his Irish side lost on penalties to Slovakia to end hopes of qualifying for Euro 2020 next summer.