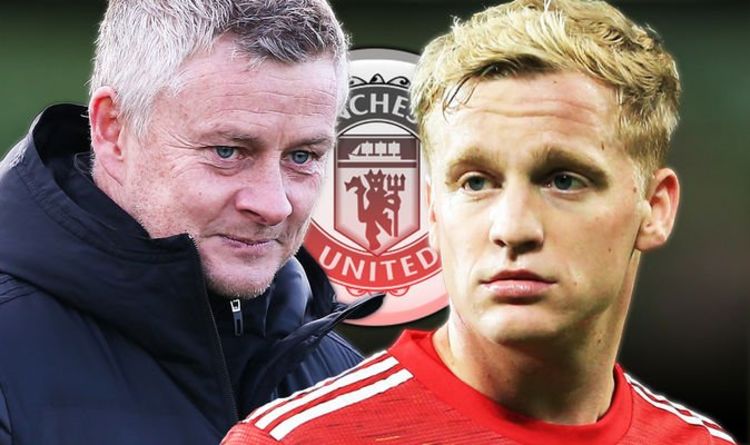 Manchester United are in a good position to qualify for the Champions League knockout stage after their 4-1 win against Istanbul Basaksehir last night at Old Trafford. A brace from Bruno Fernandes as well as goals from Marcus Rashford and Daniel James leave Ole Gunnar Solskjaer’s side needing just one point to progress.

Donny van de Beek started for the Red Devils and impressed alongside Fred in the base of the midfield.

The Holland international has yet to nail down a place in the starting line-up following his move from Ajax in the summer transfer window.

Last night he impressed for the Red Devils though in helping United to the brink of the Champions League last 16.

Van de Beek was happy with his performance and opened up on playing in a deeper midfield role as well.

“It was really good,” he told told MUTV.

“Some games I play No.10, sometimes the coach needs me in the control position, that’s fine for me, sometimes in Ajax I was also playing in that position so it’s okay.”

In terms of the result, he added: “I think it’s a good reaction from the away game, 4-1 at home, you can be happy.

“Second half we lose too many balls, we gave them some chances, but last five minutes we control the game again and we make a nice goal [for the fourth].”

United now need just a point from their two remaining games against PSG and RB Leipzig to ensure qualification.

The Red Devils face the Ligue 1 champions at Old Trafford next Wednesday after a Premier League clash with Southampton this Sunday (2pm).

United boss Solskjaer was also pleased with the performance of Van de Beek.

He said: “I think the two of them are getting used to how we want them to play.

“Of course, Donny can play in different positions, Edinson is a good old fashion number nine and we haven’t had that for a little while, and I was very happy with how Anthony [Martial] played off the left hand side again.”