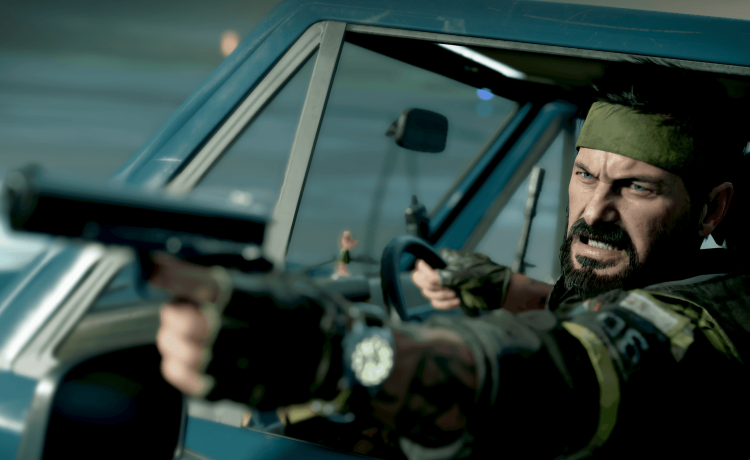 In the brave new era of battle royale, where games are free and everlasting, the concept of paying £60 for an annual first-person shooter release has begun to feel a little outdated. Nevertheless, here is Call of Duty: Black Ops Cold War, the sixth title in developer Treyarch’s series of conspiracy-fuelled historical blasters, this time taking us to the dawn of the Reagan era and channelling movies such as Apocalypse Now, Jacob’s Ladder and The Parallax View.

As ever for CoD, you’re not getting one game, but several: an action-movie single-player story, a range of multiplayer competitive options, and the co-op horde mode, Zombies, where four players fight together to survive as long as possible against the incoming undead.

The campaign, following a group of top-secret government operatives tracking down a Soviet agent named Perseus who wants to blow up Europe, is short, sharp and somewhat perfunctory. There are thrilling sequences, such as a raid on the KGB headquarters that’s set up like a Hitman level, and a few moments where the story branches depending on the player’s choices, giving you some agency for once. There are also some enticing references to previous Black Ops characters and plotlines, which will be devoured by fans.

But we don’t get anything truly fresh or daring, and the surreal, hallucinatory brain-washing pyrotechnics the series is known for don’t really kick off until the end. Mostly, this is comprised of Call of Duty campaign staples: helicopter crashes; escaping to rooftops and waiting for evac; calling in airstrikes and gaining temporary control of aircraft miniguns. En route, war crimes are committed, moral quandaries are swerved, and macho platitudes are slung about like grenades (“we don’t hope for the best, we make the best happen!”). It’s militarised murder by numbers.

What’s really disappointing is that the soundtrack and environmental design make little effort to capitalise on the early 1980s setting. The Black Ops titles have always been great at cultural references, matching pop music to its bombastic action in highly enjoyable ways, but apart from some grainy news footage of Reagan speeches and an admittedly wonderful scene set in an amusement arcade, there’s little nostalgic revelry in the era. How can there be a scene set in Berlin in 1981 with no Bowie or Kraftwerk?

Clearly multiplayer is the focus, and all the usual modes are here, along with newcomers including VIP Escort, where you have to protect one player until you’re able to airlift them out while the other team attacks, and Fireteam: Dirty Bomb, where teams of four players compete to gather uranium and set off bombs in an Alpine setting. These are acceptable if rather chaotic diversions, but old faves such as Team Deathmatch, Domination and Search and Destroy remain paramount, offering blisteringly fast, super-intense combat with a range of simulated real-world guns that feel deadly and responsive. Maps such as Checkmate, set in an aircraft hangar, and Moscow, which winds through the grand, rainy streets of the Russian capital, are vintage CoD: tight, with excellent verticality and lots of open chokepoints for those enthralling multi-kill encounters. It’s a shame there aren’t a few more experimental venues, and some less well-known weapons, but it’s a solid offering for fans of the CoD style of virtual gunplay.

Zombies is the game’s self-aware comedy horror channel. Set in an abandoned Nazi science research base in Poland, it’s typically exciting, nerve-shredding stuff as you leg it around the crumbling corridors and wreckage-strewn exteriors, trying to find better weapons while being pursued by plutonium-spewing boss baddies. This time round you can choose to extract your team alive from a level, earning bonuses as you go – it’s a good addition, allowing team mates to bask in the thrill of a hard fought escape.

Call of Duty: Black Ops Cold War does everything it needs to with polish and zeal, and those who plan to spend the next year levelling up through its multiplayer ranks won’t be disappointed if they get this for Christmas (although they might have liked a few more maps than the currently available eight). But given how disruptive March’s battle-royale Call of Duty game Warzone has been, both as a competitor to Fortnite and Apex Legends and as a new meeting place for CoD fans, Cold War could definitely have used some more innovation. The campaign hints at it, and the 1981 setting offered so much promise, but, sadly, this is not the subversive goth-punk krautrock shooter I was waiting for.