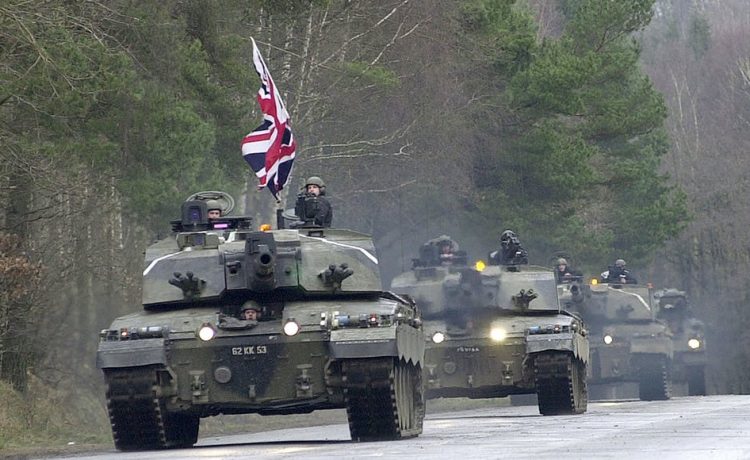 Tobias Ellwood, chairman of Parliament’s influential Defence Committee, outlined his grave concern about plans to put the proposed integrated defence review on ice – and said any decision to freeze recruitment prior to the completion of this process was “back to front”. Defence chiefs are planning a freeze on recruitment in a bid to save cash, according to one source, with military bases also likely to close, and fighter jet orders being cut back.

The number is likely to plummet to the low 60,000s if recruitment is halted, given 10,000 soldiers leave every year.

In light of the need to tighten belts in response to the pandemic, Chancellor Rishi Sunak has opted against offering the Ministry of Defence a three-year budget settlement, instead offering a one-year deal worth £1.9 billion – a figure an insider said was not adequate.

Following the news, Mr Ellwood, Tory MP for Bournemouth East, told Express.co.uk: “The Integrated Review is supposed to update and prioritise our global interests and instruct the MoD how to advance our defence posture.

“If the MoD is being told simply to reduce troop numbers – before we’ve even confirmed what they are supposed to do – then the Review is back to front.

“With threats over the next decade expected to increase and diversify now is not the time to let our guard down.”

According to the insider the decision to halt recruitment is a reaction to the ongoing coronavirus pandemic.

They told the Sun: “A lot of painful decisions would have to be made that effect the whole Armed Forces.

“That would include a recruitment freeze.”

They added: “If we can’t get a multi-year, we need a meaningful in-year settlement but £1.9billion for one year is less than half of what we need.”

Referring to events across the Atlantic, Mr Ellwood also said: “With Biden entering the White House, seeking to play a more constructive active and pro-active role on the global stage, we should anticipate a new era of Western resolve to confronting emerging threats such as China.

“Let’s prove we are once again a worthy and reliable ally by responsibly completing the Integrated Review and upgrading our defence posture.

“Any delay sends a poor message to our allies of our resolve to play a more influential role on the international stage.

An MoD spokesman said: “This Government has committed to grow defence spending.

“In light of the decision to move to a one year Spending Review, we are considering the implications for the completion of the Integrated Review, and will provide an update in due course.”