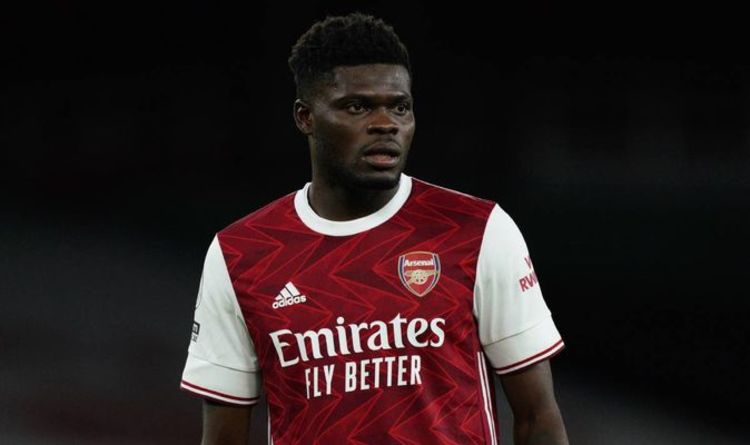 Arsenal suffered a humiliating defeat at home to Aston Villa on Sunday as an Ollie Watkins brace coupled with an own-goal from Bukayo Saka gave the visitors a 3-0 win. The result was made worse for Mikel Arteta with news that new signing Thomas Partey suffered an injury in the first-half of the match.

Arsenal put in a horrific performance at the Emirates on Sunday in a capitulation described by fans as the worst game since Arteta took over from Unai Emery last year.

The Gunners failed to create anything going forward and were punished defensively by an impressive Villa side.

New signing Partey was withdrawn at the interval in what appeared to be a tactical substitution as Arsenal chased the game.

But speaking afterwards, Arteta confirmed the Ghanaian had suffered an injury.

The Midlands outfit got off to a lightning-fast start through John McGinn, who fired home after 45 seconds as he danced past Partey inside the box.

Luckily for Arsenal, the goal was disallowed due to Ross Barkley – stood in an offside position – blocking Bernd Leno’s view.

However, the hosts failed to learn their lesson and found themselves behind just 20 minutes later, as Saka put through his own net from a Matt Targett cross while under pressure from Trezeguet.

Arsenal chased the game in the second half with the introduction of Ceballos for Partey, but were made to pay for a series of defensive errors as Watkins grabbed two goals in the space of three minutes.

The first came as a result of a slick Villa attacking move, as he got between Arsenal’s centre-back trio of Gabriel Magalhaes, Rob Holding and Kieran Tierney to nod home from a brilliant Barkley volley.

Then, moments later, he was played through one on one with Leno thanks to a delightful pass from Jack Grealish.

The forward was able to take his time and adjust himself before firing through Leno’s legs with his weaker left foot to put the game well and truly to bed.

Arsenal now have the international break to dust themselves off, with their next league outing coming against Leeds United on November 22nd.

But they will now be sweating on the condition of Partey, after the midfielder was taken off at half-time.

He was seen with ice on his thigh as he watched the second half, and Arteta confirmed he is set for a scan in the coming days.

Arteta said: “We don’t know [what the injury is. We have to scan him tomorrow or the day after.”

The manager took full credit for Arsenal’s torrid performance, but refused to reveal what he told his players in the dressing room at half-time.

He said: “Well, first congratulations to Aston Villa for the victory and the way they played, I thought they were strong and obviously from our side I take total responsibility because it’s not acceptable the performance we put in from the beginning.

“I’ll keep what I said to my players in the dressing room private, my role is to get the team performing at the highest level every three days and today we haven’t done that and since I got appointed it’s the first time I haven’t seen that team on the pitch.

“This is football and when you are not at the races and not at your best teams destroy you in the Premier League.

“It’s a really bad combination if you don’t win the duels, you are late and they are more focused, they are more determined for every ball. If you don’t defend your box well enough and you have chances but you don’t put them away.

“No, we are not creating enough chances but the ones we did create were clear enough to score at least one goal but if you look at the numbers from last few games it’s not enough.”