The Man Utd teenager who is a superstar in the making 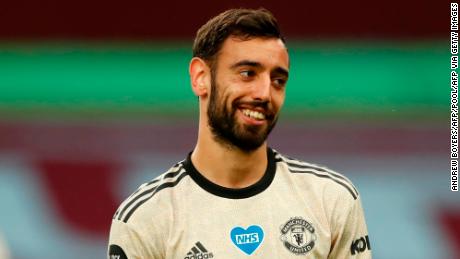 "That'll be someone ringing about Mason, to see if he will be playing," his wife Julie would say every time the phone rang. The callers were scouts, inquiring as to whether Mason Greenwood, the six-year-old who would develop into Manchester United's prodigiously talented striker, would be featuring the next day for the boys' team Newsham coached in the north of England, Idle FC. Greenwood has, clearly, always made an impression on the pitch.Since those carefree days as a lightning quick striker playing near his hometown of Bradford, the 18-year-old has become an integral member of an improving United, scoring goals, helping the team rise up the league and, over the last month, talked about as the next great English talent. He may also help United reach the Europa League final, should Ole Gunnar Solskjaer's men overcome Sevilla in Sunday's semifinal. Scoring 10 league goals in an impressive debut season, Greenwood is only the third teenager to score 10 or more English Premier League goals in a single campaign.Former England captain Alan Shearer has said Greenwood could usurp him as the EPL's record scorer. According to former Liverpool player and now football pundit Jamie Redknapp, those at United who have worked with the teenager say he's one of the best the club has ever seen, while another former England star, Gary Lineker, has said it "won't be long" until Greenwood is selected by England manager Gareth Southgate. The list of admirers seems endless. But those who follow United closely have known about a young player called Greenwood coming through the ranks for years. Hyperbole and excitement has followed the player from a young age.

'A different level to everyone else'

As a six-year-old playing for Idle FC's under-7s, it was the young Greenwood's pace that stood out, recalls Newsham. Shy and small in stature, Greenwood also had an eye for goal, shooting on sight, just as he did for United post-lockdown as the team secured a lucrative Champions League spot by finishing third in the league. A few days after his sixth birthday, Greenwood made his debut for Idle FC in a match against Silsden Football and Cricket Club, scoring all 10 goals in a 10-1 win. "I kept having to bring him off because once you had 10 goals you had to stop the game, so I had to bring him off otherwise the game would've been over too quick," recalls Newsham with a chuckle. "I'd keep bringing him off and he'd just stick by the side of my leg, looking up at me asking, 'Can I go on again yet, Paul?' He was so happy to be playing."From the first training session, his control of the ball at that sort of age was excellent. You could tell watching him he was a totally different level to everyone else." 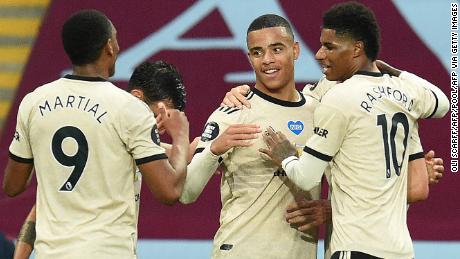 Greenwood's scoring ability is a natural talent honed to such an extent that Solskjaer, a man who worked with Wayne Rooney and Cristiano Ronaldo, has described him as the deadliest finisher he has seen at such an age. He is only the fourth teenager in United's history, following George Best, Brian Kidd and Rooney, to score 17 goals or more in a season. It was at Idle's annual invitational tournament, involving youth teams in the local area, that Greenwood was set on a path that would lead to Old Trafford. Having impressed onlooking scouts, including United's, shortly after the tournament he started training at United's development centre in Halifax, Yorkshire, eventually signing for the club aged nine. "I did speak to some scouts at that tournament, I'm sure I spoke to a Man Utd scout but I don't recollect it because there were that many coming up to me then asking about him," adds Newsham."Once he went to Manchester United when he was seven, he couldn't play for us. His dad rung me to say he wasn't allowed to play anymore. I was gutted, but when you go to train with a club like that you can understand why they don't want to play local football."

Greenwood's rise has been rapid, but of no surprise to his former coach. Aged 14, United gave him a scholarship. Two years later, he was topping the scoring charts in the Under-18s Premier League (north) and being named player of the tournament at the 2018 International Cor Groenewegen Tournament. He also excelled at age group level for England, helping England's Under-18s win the four-team Limoges tournament. 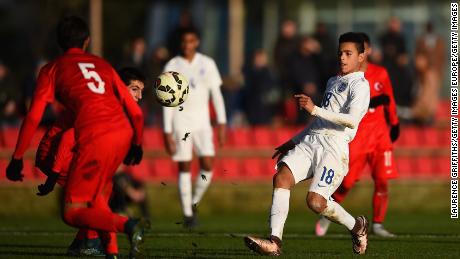 It was under Jose Mourinho that Greenwood made his senior debut for United, against Club America in Phoenix on a pre-season tour in the summer of 2018, but it is under Solskjaer that he has blossomed, particularly excelling once the EPL resumed in June following a 100-day pause because of the coronavirus pandemic. He is now established in the first team, scoring five times in the last eight games of the season, and returned from lockdown with a noticeably more muscular frame than the teenager who started the season on the substitutes' bench. "That's sometimes something you see with young players, that initially you see them and there's evidence of talent, but then there's a point where they develop that extra, whether it's upper body muscle or that edge of pace, to take them away from someone," British sports journalist Richard Jolly tells CNN Sport. "I guess we'll never know what would have happened without the lockdown, but he does seem to have come back from it stronger and looking ready to play every week."What sets Greenwood apart from most other players is that he is two-footed, a rare skill acquired thanks to his father who would encourage him to practice with both feet. Twenty minutes before the start of training at United's Halifax center, Greenwood would be shooting with both feet at the bins outside the door, so the story goes. His family, who have shied away from media attention, as has the teenager himself, have been key to his rise, with his fRead More – Source