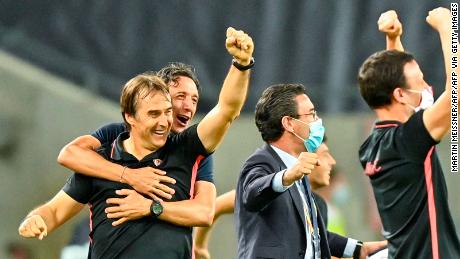 The English side opened the scoring after just seven minutes thanks to a Bruno Fernandes penalty, but Sevilla leveled 20 minutes later with tidy finish from Suso. And the Spanish side took the lead in the second half with just over 10 minutes left, after substitute Luuk de Jong tapped home a Jesus Navas cross. The club will face either Inter Milan or Shakhtar Donetsk, who play in the other semifinal on Monday in Dusseldorf. Sevilla's appearance in the final continues the club's excellent form in the competition. This season will be the sixth Europa League final the club has reached, at least two more times than any other side in the history of the tournament.Manchester United captain Harry Maguire said that given the chances his side made, "the best team lost.""They didn't create many chances if we're being honest," he told BT Sport after the game. "It's a ball in the box, obviously they've worked it well down our right. "We've got to do better. We'll look at it and we've got to improve. We've conceded from two crosses. It's not good enough. But we worked our socks off out there. We deserved to win the game. We deserved to go through but ultimately, we fell short in the semifinal."It means a lot to us. The boys in there are devastated. We've got a good group of lads who know what it means to play for this club. Losing isn't acceptable. Getting to semifinals isn't acceptable. We've now got to concentrate and take it further. On another day, we win comfortably and everyone goes on about how well we played."READ: Changes on the horizon for Barcelona following Champions League humiliation 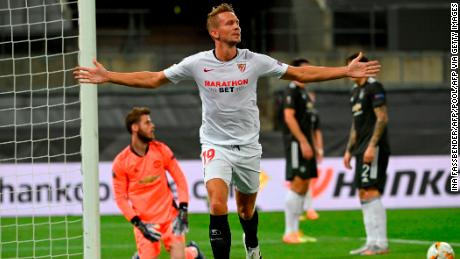 Having knocked out Premier League opposition in the quarterfinals in the shape of Wolves, Sevilla was looking to do a similar thing against Manchester United. However, it was United that broke the deadlock in the first few minutes. Following a clever scoop pass from Anthony Martial, Marcus Rashford was adjudged to have been fouled by Brazilian defender Diego Carlos. The penalty was the 22nd penalty awarded to Manchester United in all competitions this season, which is the most awarded to a team in Europe's top five leagues in a single season since Barcelona in 2015-16. Bruno Fernandes — Manchester United's penalty specialist — stepped up and, following his trademark skip-jump run up, fired the ball into the top corner. However, United's lead didn't last long. As Sevilla began to dominate possession, it began to create chances until eventually, 26 minutes into the game, it got the equalizer. A slick passing move that began from deep in the Sevilla half resulted in left-back Sergio Reguilón crossing for Suso to sweep the ball home.In the second half, Manchester United started on the front foot, and only a spell of inspired goalkeeping from Sevilla goalkeeper Yassine Bounou denied Manchester United a second goal.Having weathered that storm, Sevilla grew as an attacking force and finally the increased pressure and possession from the Spanish side told. 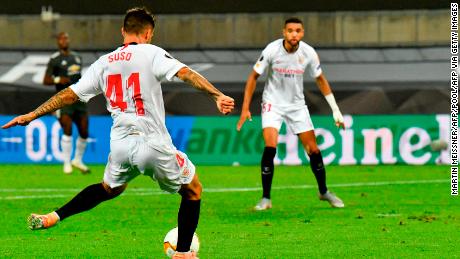 A cross from right-back Navas flew past the onlooking Victor Lindelof and onto the foot of the awaiting de Jong to score his first goal in 12 games. And United rarely troubled the Sevilla goal after that, meaning it Read More – Source