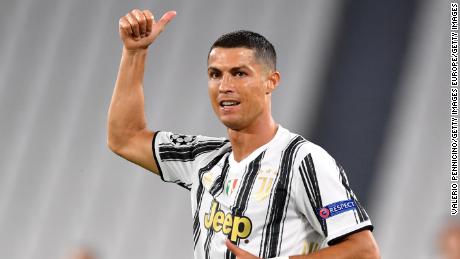 The Serie A champion faced an uphill task from the very start with its opponents Lyon winning the first-leg 1-0 and, despite winning 2-1 on the night, Juventus lost on away goals. The night didn't exactly begin as planned for the hosts as Memphis Depay dispatched an early spot-kick but Ronaldo wasn't to give up without a fight. The 35-year-old forward scored a penalty of his own in the first half before doubling his lead with a wonderfully crafted shot from what's supposed to be his weaker left foot. With the tie teetering on the edge, the hosts pushed for the all important third goal but its French visitors stood firm to deny Ronaldo yet another magical moment in the Champions League.In truth, Ronaldo's teammates flattered to deceive with the team expected to breeze past a side struggling domestically. Lyon now progresses to face Manchester City in the next round after the Premier League runners-up brushed aside Real Madrid in Friday's other game. "We knew we needed courage, talent and a little bit of fortune," Lyon coach Rudi Garcia said after the match. "We played a very good first leg as well but, with Cristiano Ronaldo, we knew we could have been knocked out at any moment."READ: 'It's quite incredible,' says Fabregas as great-grandmother turns 96 after Covid-19

It was 163 days since Manchester City beat Madrid 2-1 in its first-leg tie and Los Blancos needed to have a perfect evening at the Eithad Stadium to overturn the deficit. However, the Spanish champion was without talismanic defender Sergio Ramos and it showed. Defensive mistakes seemed to be the order of the day for Zinedine Zidane's side with Raphael Varane making two critical errors either side of half time. Raheem Sterling capitalized within the first 10 minutes after Gabriel Jesus poached the ball off the center-back before the Brazilian made the most of Varane's weak second-half header to secure the victory.Karim Benzema had initially leveled the scores on the night before halftime but not even the prolific Frenchman could save Real Madrid from itself as City won 4-2 on aggregate. 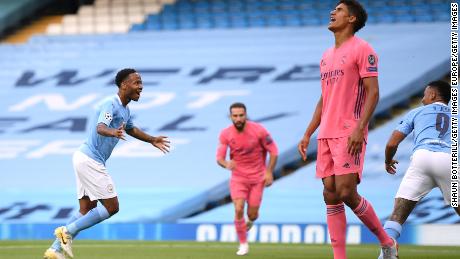 READ: 'More than a Club?' How FC Barcelona 'lost its soul'Madrid was also without attacker Gareth Bale who, according to Zidane, opted not to be involved in the squad for the crunch tie. It's yet another controversial chapter in Bale's curious tenure at the Spanish giants with his relationship with the first-team seemingly over. The Welshman waRead More – Source