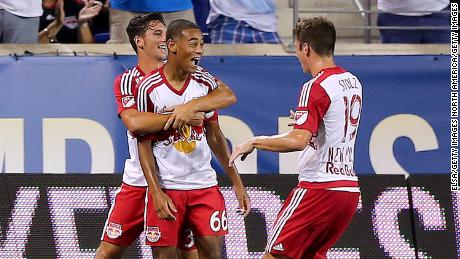 In 2015, aged just 16, aspiring Major League Soccer player Tyler Adams was driving himself 75 miles, an hour and a half each way to training at the New York Red Bulls facility.Sometimes, as would happen before the American teenager received his driver's license, his mother Melissa Russo would instead sit behind the wheel.Fast forward five years to 2020 and aged 21, Tyler Adams is scoring the match-winner in the UEFA Champions League quarterfinal against Atletico Madrid, keeping his RB Leipzig side alive in the new one-off format implemented because of sports' postponement by the coronavirus pandemic."This is obviously a huge moment for me and my family, especially my parents, because I wouldn't be in this position I was without their sacrifices of driving me to practices back and forth and going through that struggle for a long time," Adams told CNN Sport', the day after the substitute's deflected shot in the 88th minute beat Atletico Madrid 2-1.READ: Changes on the horizon for Barcelona following Champions League humiliation

Thursday, August 13 was a day of firsts.Adams is the first player from the United States to score a goal in a Champions League quarterfinal stage or beyond. It was the box-to-box midfielder's first goal for Leipzig in 28 appearances since joining the German side from NY Red Bulls in January 2019.And, most importantly for the rising star, the goal put his club into its first-ever Champions League semifinal."I'm excited, but these statistics, being the first to do this or first to do that … for me, I want to be the first American to win the Champions League. That's something I'll be excited about," he admitted. 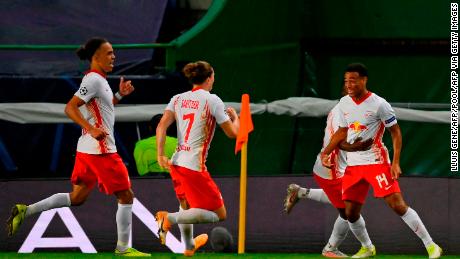 While American Jovan Kirovski does have a Champions League winners medal from his time at Borussia Dortmund in the 1996-97 campaign, he failed to make an appearance in the knockout stages.Getting excited is something that also feels a little different during the pandemic, with no fans allowed in the two Lisbon stadiums hosting the knockout stages. For Adams, it was a completely unique experience to celebrate his first Leipzig goal in an almost empty stadium."Usually you get that roar in the crowd and the non-stop chanting and excitement from your traveling fans," the US international explains. "Now, you hear the bench screaming and yelling, and your teammates come running at you, you hear the echoes in the stadium, it's obviously a bit odd!"But hopefully Covid-19 is over soon. And we can celebrate with our fans such an amazing moment. And hopefully we can do that with a trophy in our hands at the end of the tournament."RB Leipzig face Read More – Source