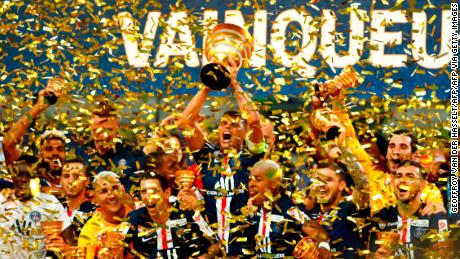 It was the last ever game of the League Cup competition — which is to be canceled after this season — and Friday's contest in Paris ended goalless after extra-time.Both sides converted each of their five penalties, but Keylor Navas saved Lyon's sixth attempt from Bertrand Traore before Pablo Sarabia secured the victory for PSG.Thomas Tuchel's side wrapped up Ligue 1 after it was called off midway through the season and defeated Saint-Etienne to win the French Cup last week.Visit CNN.com/sport for more news, videos and featuresVictory in the League Cup now means PSG can target an unprecedented quadruple with the remaining Champions League fixtures to be played throughout August. "We won two cups this week so we are very, very happy," said midfielder Ander Herrera."Lots of players have played, everyone took part in these successes. "We are ready for the Champions League now. We did three, four weeks of very good training, we feel that everyone is ready now."PSG was without star striker Kylian Mbappe on Friday after the 21-year-old was sidelined for three weeks having sustained an ankle sprain in last week's final. 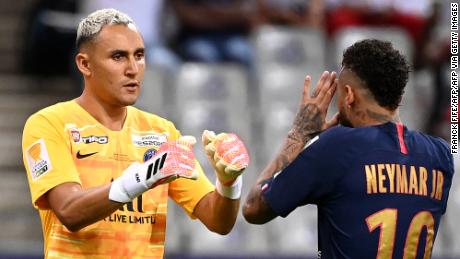 Neymar enjoyed several chances in front of goal in the first half, while Idrissa Gueye's long-range effort shortly before the break forced a good save from Lyon goalkeeper Anthony Lopes.READ: 'It's quite incredible,' says Cesc FabregaRead More – Source