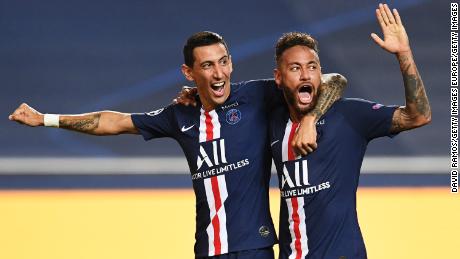 First half goals from Marquinhos and Angel Di Maria gave the French side a commanding lead, before Juan Bernat sealed the victory early in the second period.Had Neymar not produced yet another profligate night in front of goal, the scoreline could have been much worse for RB Leipzig. Under young coach Julian Nagelsmann, the German side has stunned opponents and thrilled fans in this year's competition but this proved a step too far against a star-studded PSG.The club's Qatari owners have spent vast sums of money on assembling this squad, but tonight they will feel it was worth every penny.RB Leipzig are in some ways the antithesis of PSG; a more modest group of players who are more than the sum of their parts compared to an array of expensive superstars.But it was PSG's stars who started by far the brightest and perhaps should have taken the lead inside five minutes. Angel Di Maria threaded a superb ball through the RB Leipzig defense for Neymar, who, as he did against Atlanta, missed a gilt-edged chance when through one on one with the goalkeeper.PSG did soon get the goal its early dominance deserved, but not through the Brazilian most would have expected.Di Maria was once again the creator, curling a fabulous free-kick int the box for Marquinhos to head home. The defender had been without a goal in the Champions League this season before the knockout stages in Lisbon, but two in his last two matches have helped put PSG in the final.RB Leipzig looked overwhelmed and overawed by the occasion. Though neither of these clubs have much elite European pedigree to speak of, it was PSG which looked more at home in this semifinal. 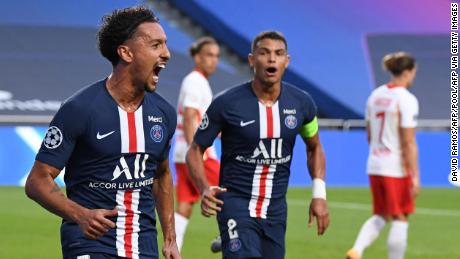 But given how this exciting attacking team is coached by young manager Nagelsmann, Leipzig will always remain a threat.In what was the team's first meaningful surge into PSG's half, Yussuf Poulsen connected with Konrad Laimer's cross but could only direct his effort inches wide of the post.This match was pitting master against apprentice; the 33-year-old Nagelsmann, widely considered the most exciting young coach in Europe, against former mentor Thomas Tuchel.Back when Nagelsmann was a 20-year-old playing for German club Mainz, a serious knee injury put an early end to his career. His coach at the time was Tuchel, who guided him onto a new path to become a manager.Nagelsmann became the youngest coach in Bundesliga history when he took over at Hoffenheim in 2015 at the age of just 28 and has gone on to become one of the most admired managers in football for the style of play he coaches into his teams.However, that desire to play an attractive brand of football ended up being Leipzig's downfall late in the second half against PSG.Goalkeeper Peter Gulacsi's failed attempt to pass the ball out from the back only found Ander Herrera, who drilled a pass straight back into Neymar's path. The Brazilian's stunning first touch caressed the ball into Di Maria's path and the Argentine made no mistake when in front of goal. 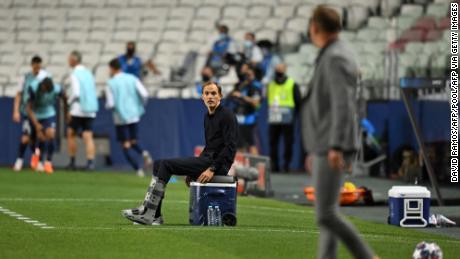 It was now a long way back for RB Leipzig and, in truth, the German side was lucky the score was only 2-0. Neymar had passed up yet another glorious opportunity following some brilliant footwork by Kylian Mbappe, before crashing an audacious free kick offRead More – Source