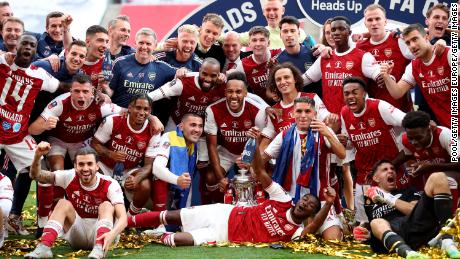 Chelsea took the lead after five minutes through Christian Pulisic, but Arsenal came back strongly midway through the first half when Aubameyang was brought down by Cesar Azpilicueta in the Chelsea box. The striker converted from the penalty spot, and although Chelsea started the second period strongly, it was captain Aubameyang who gave Arsenal the lead when he found some space in the box and produced a deft chip over Willy Caballero. Visit CNN.com/sport for more news, videos and featuresThings went from bad to worse for Chelsea as Mateo Kovacic was red-carded following a second yellow shortly after the game's third goal.Victory handed the Gunners their fourteenth FA Cup trophy and fourth since 2014. It also gives Mikel Arteta, who twice won the FA Cup as a player with Arsenal, his first piece of silverware as manager of the club. Aubameyang praised his boss after the final whistle."He deserved this win," Aubameyang told BBC Sport. "He did a great job, and we're all happy to have in on board and we just follow him."READ: PSG completes domestic treble after French League Cup final victoryREAD: 'It's quite incredible,' says Cesc Fabregas as great-grandmother turns 96 after two positive Covid-19 testsIn the first final ever played without fans, Chelsea started the brighter of the two sides when Mason Mount received the ball in the Arsenal box and found Olivier Giroud. The Frenchman flicked it on to Pulisic, who lifted his shot over Emi Martinez to become the first American to score in an FA Cup final. 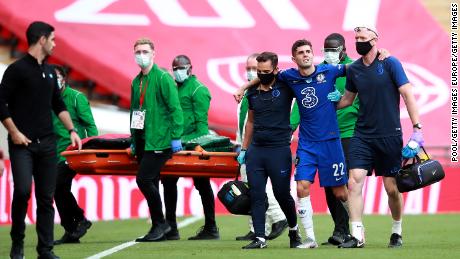 The Blues continued to attack until the first-half drinks break, after which momentum swung towards Arsenal and Aubameyang helped level the match when he surged towards the Chelsea goal and went down underRead More – Source