Neymar and Mbappe prove their worth in PSG’s stunning win 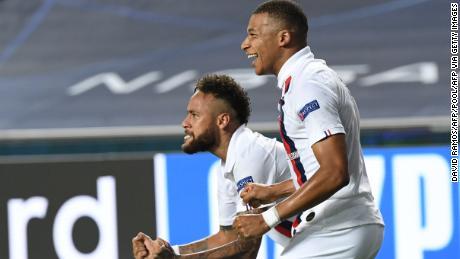 After years of falling short in Europe, PSG's superstar squad assembled on a big budget simply couldn't afford to lose. It was the talismanic figures of Neymar and Kylian Mbappe who combined to help deliver the victory as two precise passes allowed for Eric Maxim Choupo-Moting to prod in the winning goal and seal a stunning comeback. "I knew because of the group that we have, the great family that we have made, it was impossible that we were going to be knocked out, impossible," Neymar told reporters. "I could only think about the ball coming to me to try and score, or for a teammate to try and score to have the chance to go through to the semifinals."Visit CNN.com/sport for more news, videos and featureThese two quarterfinal opponents couldn't have been pitched further apart in terms of expectations; this season was Atalanta's first in the Champions League, while PSG has been burdened by expectations in the competition since Qatari owners took over the club in 2011 and welcomed a host of expensive signings. When Neymar, who was signed for a world record fee of $263 million in 2017, squandered a one-on-one opportunity inside the first three minutes — driving deep into the Atalanta half only to fluff his shot in front of goal — it set the tone for what for 90 minutes was a frustrating evening for the French champion. The Brazilian slashed another shot wide just before halftime but also showed flashes of brilliance, nutmegging Atalanta goalscorer Mario Pasalic and skipping past a number of other players as he pushed for an equalizer. Despite missed chances in front of goal, it was Neymar's man-of-the-match performance that dragged PSG through this game and out the other side.His 16 dribbles were the most in a Champions League match since Lionel Messi against Manchester United in 2008, according to Opta, and he also won nine fouls as he continued to probe the Atalanta defense before assisting Marquinhos' equalizer and creating Choupo-Moting's winner.Injured in the two previous seasons when PSG was knocked out by Manchester United and Real Madrid in the last 16, Neymar showed his worth against Atalanta in Lisbon.READ: PSG breaks Atalanta's heart with stunning Champions League comeback"The guy is totally reliable when it comes to pressure," said manager Thomas Tuchel, whose side reached a first Champions League semifinal in 25 years. "When it comes to knockout games you can rely on Ney, he loves it. He needs it to bring out the best in him. "He's a real competitor, he has the hunger to win, he hates to lose and that's the most important thing … today was big, big pressure on his shoulders and normally he would score from one of these chances but he carried us through that game, he was relentless and he showed great spirit."If it was Neymar's absence that hurt PSG's Champions League chances in the past two seasons, this year it was an injury to the Brazilian's strike partner Mbappe that could have dented the French side's hopes.The 21-year-old, the world's second most expensive player after Neymar when he joined PSG three years ago, started on the bench having picked up an injury in the French Cup final last month, but was introduced by Tuchel in the second half.His pace immediately caused problems for Atalanta, and it took a superb challenge from Jose Luis Palomino to deny the Frenchman an equalizer. 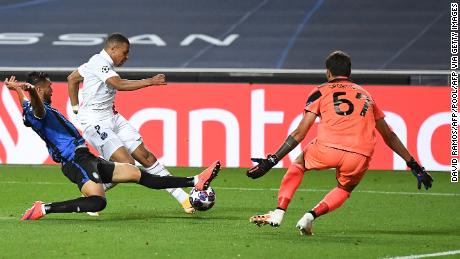