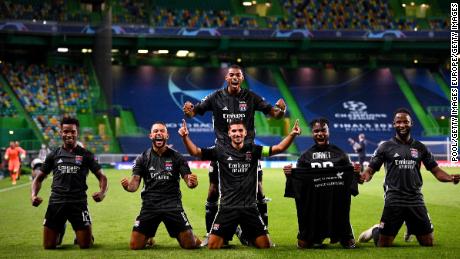 The French side made the perfect start, stifling Manchester City's attacking play and eventually taking the lead after 24 minutes thanks to Maxwel Cornet's inventive finish from just outside the box. In the second half, the English side cranked up the pressure, and the pressure eventually told, as Kevin de Bruyne coolly slotted home to level the score before substitute Moussa Dembélé scored two goals to see Lyon through. Lyon will face Bayern Munich in the semifinal on Wednesday, after the German side advanced to the semifinals on Friday, dispatching Barcelona 8-2. For the first time since 1990/91, and for the first time in the Champions League era, the semifinal stage will not feature any team from England, Spain or Italy. For the first time in Champions League history, it will feature two teams representing France.Belgian midfielder de Bruyne said that following another heartbreaking exit from the competition, it is "not good enough.""It's definitely the same stuff. I think the first half wasn't good enough," he told BT Sport after the game. "I think we know that. "We started slow, we had not many options. I think second half, we played really well. We came back 1-1, had a couple of chances and then obviously the 2-1, and then the 3-1 ends the game. It's a shame for us to go in that way. "The game was open but they didn't really create except the two goal chances. Yeah, we need to learn. It's not good enough."READ: 'The club needs changes' Changes on the horizon for Barcelona following Champions League humiliation 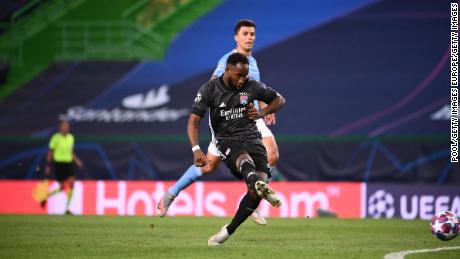 Soaking up the pressure

With its star players and a big name manager, Manchester City were overwhelmingly favored to beat Lyon. But the French side had showed its resilience in its second leg against Juventus in the previous round, managing to edge past Cristiano Ronaldo and company despite having almost five months without football. And its sturdiness was put to the test from kickoff. Manchester City dominated possession from the first whistle, but failed to create any golden opportunities. And eventually Lyon's ability to counterattack produced the game's first goal. A ball played behind the City defence for Karl Toko Ekambi to run on to eventually fell to Maxwel Cornet and, with City keeper Ederson out of his goal, Cornet threaded a magnificent curling shot into the near post from about 20 yards.The rest of the first half played out just as Lyon and manager Rudi Garcia would have planned. Manchester City dominated possession without creating too many clear-cut chances while Pep Guardiola's team looked susceptible on the break.After the half-time break, the game opened up and following an attacking substitution by Guardiola, City began to create chances at will. And eventually the pressure told, as some nice footwork by England international Raheem Sterling freed him up to lay it back for de Bruyne to finish. It looked like there would only be one winner. However, Lyon's own super-sub Dembélé thought differently, latching on to a through ball near half-way and finishing under Ederson. A nervy video assistant referee check followed but after a few minutes of waiting, the goal was given. 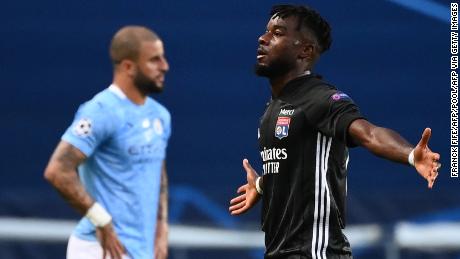 Although City was behind, it created the better chances Read More – Source