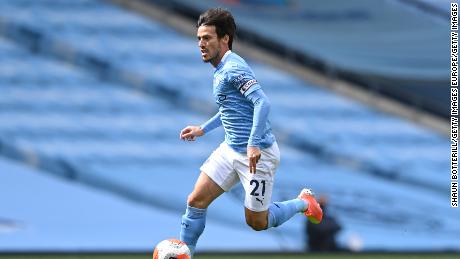 The 34-year-old spent a decade at City, winning four Premier League titles and becoming one of the greatest players in the club's history. After his departure, Silva seemed on the verge of signing a three-year deal with Italian side Lazio, with a medical reportedly arranged to take place in Rome. However, at the last minute, he decided to head back to his native Spain, signing a two-year contract with his new club.Real Sociedad finished sixth in La Liga last season and, unlike Lazio, will not be playing in the Champions League next year. "We are delighted to announce the signing of [David Silva]", the club tweeted on Monday. "The player joins Real as a free agent until June 30, 2022 #WelcomeDavid."READ: More changes on the horizon for Barcelona following Champions League humiliation?The former Spain international joined Manchester City from Valencia in 2010 and went on to make 436 appearances. On the day he completed his move back to Spain, City announced it would honor the playmaker, nicknamed 'El Mago' ('the magician'), with a statue outside the Eithad Stadium. "David is a transformational player, a quiRead More – Source