Zaha racially abused on social media ahead of game 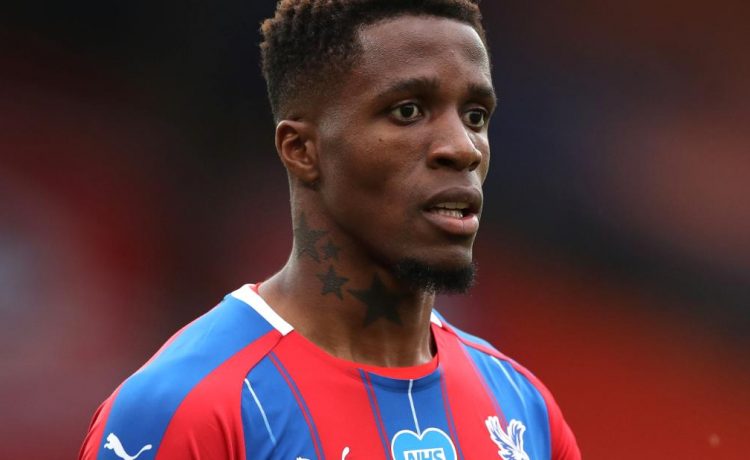 The Crystal Palace and Ivory Coast star wrote on Twitter, "Woke up to this today," then showed what he had been sent by a user who appeared to be a fan of Palace's opponent in Sunday's match, Aston Villa. "You better not score tomorrow you black c**t. Or I'll come to your house dressed as a ghost," the person wrote. Follow @cnnsport There was an accompanying image of the Ku Klux Klan and a cereal box named, "c**n flakes." West Midlands Police said on Twitter it was looking into who the owner of the account is and encouraged the former Manchester United winger to report the incident to his local police force. Crystal Palace called the abuse "an absolute disgrace" on Twitter and said it "should not be happening." Aston Villa then retweeted the London club's statement, vowing to issue a lifetime ban to the individual who posted the abuse. "We deplore the disgusting racist messages sent to @wilfriedzaha. We condemn all forms of racial discrimination and stand with @CPFC," the club based in Birmingham, central England, wrote. "We are working with the police in investigating this extremely serious matter and when the culprit is identified AVFC will issue a lifetime ban."

The Premier League, widely considered the most watched football league in the world, also condemned the actions of the offender. "This behaviour is completely unacceptable and the Premier League stands alongside @wilfriedzaha in opposing this, and discrimination in any form. There is #NoRoomForRacism, anywhere," it tweeted. "We will continue to support players, managers, coaches and their family members who receive serious discriminatory online abuse. Through our dedicated reporting system we can take immediate action on cases like this."Late last month, the league launched the system that would "enable players, managers and coaches to notify" it "of serious discriminatory abuse" received via direct messages on social media platforms."Each case will be reviewed, reported to the relevant social media company, investigated and legal action taken where appropriate," said the league. Speaking before the Villa game, Palace manager Roy Hodgson said the actions of the individual were "cowardly" and "despicable." He praised Zaha for going public. "It is very saddening on the day of a game that a player wakes up to this cowardly and despicable abuse," Hodgson told Sky. "I think it is right that Wilf made people aware of it. I don't think it is something he should keep quiet about."I think it is very good that our club, Aston Villa and the Premier League are doing everything they can to find out who this despicable individual is and one can only hope that they will get identified and they will get called to account and they will pay for these actions."There is literally no excuse. There is no excuse at all."