Why football can’t afford another ‘lost generation’ of Black coaches 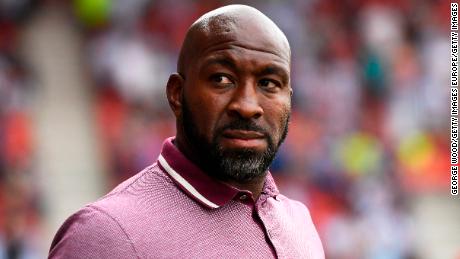 Fast forward to the 21st century and just five of the current 91 (5.5%) managers and head coaches in England's top four divisions are from a Black, Asian or minority ethnic background.Both the Premier League and the English Football League have backed players and coaches taking a knee in support of the Black Lives Matter movement in recent weeks, but that lowly statistic leaves both organizations looking more exposed.Gestures are all well and good, but when push comes to shove, when will black coaches be able to showcase their talents from a position of power?That lack of representation has now prompted the Premier League and EFL to launch a new scheme to help develop Black, Asian and minority ethnic coaches.The new initiative — which the Premier League says is "aimed at increasing the number of Black, Asian and minority ethnic players moving into full-time coaching roles in the professional game" — will give six coaches per season a 23-month work placement at EFL clubs.READ: How the scourge of racism continues to tarnish English footballThe scheme will be jointly funded by the Premier League and Professional Footballers' Association (PFA) and the first six people will begin their placements at the start of the 2020-21 season.On the face of it, the initiative seemed like a positive step; a move towards addressing the huge under representation of Black managers and coaches in the top four divisions of English football.However, Troy Townsend, the Head of Development at anti-racism organization Kick It Out, admits to being "a little bit underwhelmed" by the new initiative and fears yet another generation of black players will be overlooked when it comes to getting jobs in management.Other critics have labeled the new scheme as nothing more than adult work experience."We've been in this space before where we've spoken up about the lack of representation in coaching circles, but I'm not sure what this addresses," Townsend told CNN Sport.

According to research carried out by Farenet in 2014, the proportion of Black, Asian and minority ethnic footballers in English professional football — in first teams, academies and development squads — since the early 1990s has been an estimated 30%.The current figure for professional footballers in the UK is around 25%. However, those numbers have never been reflected in senior positions or positions of authority within the sport."There seems to be just an entry level for these coaches," adds Townsend of the new initiative. "Six coaches over 23 months, the best part two years; it strikes a chord to me that will only go so far. "I'm looking and wondering why it's only acceptable to have six coaches and why we cannot progress something that's rolled out right across the leagues and has a little bit more impact as well, so I'm holding fire on on it. "There will be some coaches that want to go through that process, no doubt, because maybe they're not in the game. But there must be some who are looking at it and thinking: 'I've had the opportunities at this level and I want to try and pit my wits and find out what the highest level is like.'" 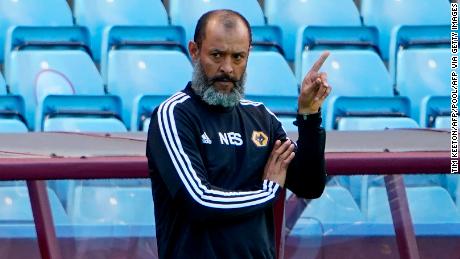 READ: Team GB sprinter accuses police of 'racial profiling' after she and partner are stopped and searched in LondonTownsend, among others, has also questioned why the new initiative is limited to the 71 EFL teams and doesn't include the Premier League.England's top tier does have its own program — the Premier League Elite Coach Apprenticeship Scheme (ECAS) which launched in 2015 — which it says "complements" the new EFL initiative.Former professional footballer Iffy Onuora, who currently works as the equalities coach for the PFA, admits he "gets the frustration" of the scheme's critics but says even the best coaches in English football today had to cut their teeth in the lower leagues."If you look at even the foreign coaches, the big headline people like [Pep] Guardiola … certainly [Jurgen] Klopp, who worked at Mainz, they had a grounding lower down in the Bundesliga [and La Liga]," he tells CNN. "Certainly that's where they get their first foot hold; you make your mistakes, you build your reputation and you go from there. So, realistically, for us that's the same thing. You go into an EFL club and you try and pick heads through that."The problem of under representation isn't only limited to coaching and managerial positions; it's also a problem in senior business and decision-making roles. Currently, less than 1% of senior roles involved in the running of football clubs are held by an individual of a Black, Asian or minority ethnic background.Among the few in English football are Les Ferdinand, who holds the position of Director of Football at Queens Park Rangers (one of the clubs the former England international played for), and Burton Albion chairman Ben Robinson, who has overseen the modest club's improbable rise through the football leagues.While the new scheme perhaps provides a base to build from, Onuora is aware that it's just one part of large variety of issues around race that English football needs to tackle."I think this is a part of increasing the pipeline," Onuora says. "It doesn't take away from the other things we need to do. We need to get black faces in the boardrooms, they are the decision makers at clubs. It's not a conversation in isolation, it's got to be a part of a wider picture. "You gotta have people in the boardroom, you have to encourage the club and the stakeholders to open the doors, [make] transparent decisions. There's the old saying: 'You can't be what you can't see.' "If the directors and CEO's can't see other directors or CEO's, or other people around them in their network who are people of color as well, then … we've got very few Ben Robinson's in the boardroom."

One of the five black managers currently in charge of a Football League club is Darren Moore, who has been at third-tier Doncaster Rovers for just under a year.Moore is a member of the Premier League's Black Participants' Advisory Group — which was launched last year to "ensure the views of Black, Asian and minority ethnic players and coaches are heard" — and will be offering his support and expertise to the six participants and the clubs involved in the new scheme.Like Onuora, Moore says he understands the frustrations people have looking in from the outside, but believes even just the announcement of the scheme is already having a positive effect.Since it was launched, he says his phone and been ringing with coaches wanting to sign up or asking for more information."It's a real start and this scheme gets the individuals hands on," Moore tells CNN. "It's a start; six places better off than we were yesterday or the day before. For me, if the group, if the system works … then I'm sure moreRead More – Source