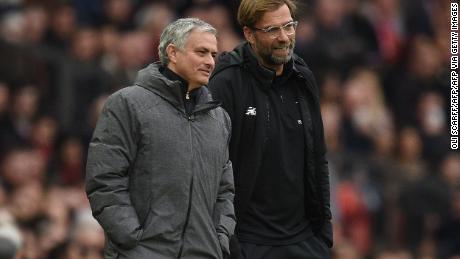 City was originally punished by UEFA, European football's governing body, for "serious breaches" of club licensing and Financial Fair Play (FFP) regulations and was excluded from European competitions for two seasons.However, after reviewing the club's appeal, the Court of Arbitration for Sport (CAS) overturned the ban Monday, stating City had not broken the rules by disguising equity funding as sponsorship.Visit CNN.com/sport for more news, videos and featuresLiverpool manager Jurgen Klopp was one of many in the game to criticize the decision on Tuesday, arguing the importance of upholding FFP rules. He said abandoning the framework could lead to a situation where you have the richest clubs, owned by the richest people, dominating the sport. "I don't think it was a good day for football yesterday, to be honest," he told a virtual news conference."FFP is a good idea. It is there for protecting teams and the competition so that nobody overspends and have to make sure the money they want to spend is based on the right sources.""It's not up to me to judge this and I don't, but I think this FFP framework we should stick to."

Despite having its ban overturned, it was decided that City had failed to cooperate with UEFA authorities and an original fine of 30 million euros ($34 million) was reduced to 10 million ($11.3 million).Such a decision angered Tottenham manager Jose Mourinho, who said the latest ruling marked the end of FFP rules as we know them."In any case, it's a disgraceful decision because if City are not guilty then they should not be punished with the fine," he told a virtual news conference."If you're not guilty you shouldn't have a fine. If they are guilty the decision is also a disgrace and they should be banned from the competition. I don't know if City are guilty or not but either way it's a disgraceful decision.""I think this is going to be the end of Financial Fair Play because there is no point. I would like to see it used in a proper way. "At this moment we are talking about Man City but in the past other clubs were in a similar situation."I think it's better to open the circus door and let everybody enjoy."READ: How billionaire owners changed European football

City has consistently pleaded its innocence since its ban in February, initially calling the UEFA process "flawed." Manager Pep Guardiola said the club was now very happy to see the ban overturned and suggested it deserved an apology from those who assumed guilt, notably from long-time rival Mourinho. "Jose [Mourinho] and all the managers should know that we were damaged. We should be apologized [to]," he told a news conference Tuesday. "Like I said many times, if we did something wrong, we will accept absolutely the decisions by UEFA and CAS because we did something wrong."We have the right to defend ourselves when we believe what we have done is correct, is right. Three independent judges said this."Yesterday was a good day for football because we play with the same rules of FFP as all the clubs in Europe. All of them. [If] we break this FFP, we will be banned."City will now have the chRead More – Source