The mystery of the 1998 World Cup final 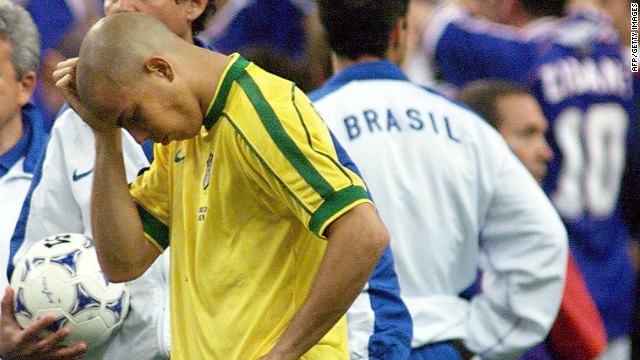 Those who were plagued by those strange events will never forget the dateline: Paris, July 12, 1998, a game four years in the making — the FIFA World Cup Final.Historians will record the game as a 3-0 win for Zinedine Zidane and France, a result that sparked emotional scenes of celebration on the Champs-Élysées for the tournament's host nation.It was the only World Cup final that Brazil lost between 1994 and 2002, but there was so much more to the story, and much of the excitement played out before a ball had even been kicked.The drama of the moment is perhaps best summarized by the renowned BBC match commentator John Motson, who covered 10 World Cup tournaments during his broadcasting career."The team sheets were handed around by the stewards as usual; lo and behold, Ronaldo's name was not there and everybody looking at their handout had the same reaction," Motson told CNN Sport."There were people standing up and waving and asking what was going on? We sat there in an absolute ferment for quite a long time."Visit CNN.com/sport for more news, videos and featuresRonaldo was one of the biggest stars in the world game, the man Brazilian fans expected to lead them to a fifth world title. The notion that he wouldn't be playing was simply unthinkable.For context, try to imagine Argentina playing in the World Cup final and Lionel Messi being dropped from the team, without any prior indication of a problem or an injury.That was the magnitude of the bombshell that landed on the Stade de France that summer's evening, 22 years ago. As those events unfolded in front of a global television audience of hundreds of millions of fans, nobody seemed to have any idea what was going on."My reporting colleague, Ray Stubbs, saw Pele sitting in the commentary box," Motson recalls. "He ran down and asked him what it was all about. Pele just spread his hands and said he knew nothing."Motson colorfully describes a state of total confusion lasting for what felt like 'half an hour' and the delivery of an amended team sheet did little to clear things up.In this alternative lineup, Ronaldo was going to be playing as Brazil's number nine. But, devoid of any further explanation, no one could say for sure whether Ronaldo would really be playing until the referee blew the whistle and he could be seen standing in the middle of the field. 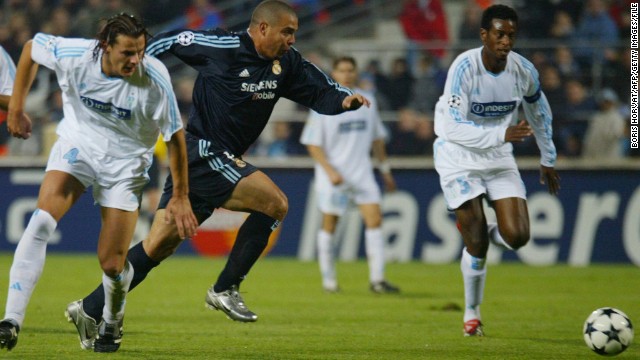 READ: Liverpool breaks yet another Premier League recordIn those uncertain moments, Brazilian, French and football writers from all over the planet were desperately trying to make sense of it all. Was the first team sheet a mistake? A typo? Was it gamesmanship?Were the Brazilians trying to throw the French team off their game? In the stadium, Motson's colleague, the former England striker Gary Lineker, described it as "the biggest wind-up in World Cup football history."For anyone who was familiar with the format of a big occasion like this, there were other clues that something had gone awry for Brazil. Motson says his abiding memory of the event was the absence of their players on the field for a warm-up."I always remember that, because it was most unusual for a team not to come out and do some exercising. There was obviously quite a lot of things going on in the Brazilian dressing room which we weren't party to."That would be quite the understatement. What later transpired was that the Brazilian players, who should have been preparing for the biggest match of their careers, were desperately concerned for their friend and talismanic teammate.Goalkeeper Dida, who was a part of the Brazil squad and who won the trophy with Ronaldo four years later, told CNN that when he arrived for the pre-match dinner, the typically joyous atmosphere of the team room had evaporated."I could see everyone had a strange look on their faces, in total silence, very unusual for Brazilians during finals. Someone said 'Ronaldo is not well, he went to the hospital.'"It wasn't until several years later that Ronaldo admitted he'd experienced convulsions in his room and was unconscious for several minutes. His roommate Roberto Carlos called for the team doctor, setting in play a series of events that would rival anything that happened on the field later that night. 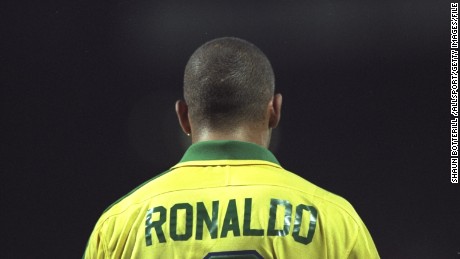 READ: Zlatan Ibrahimovic says he is 'president, coach and players' at AC Milan after comeback winRonaldo told the BBC in 2014 that he'd spent three hours in hospital, doing "everything that you could imagine." There had been tests, there was medicine, but in the end, there was no conclusion. He said, "It was like the convulsions never happened.""No one still knows why and how this happened," Dida explained. "When I went to the stadium, he was still in the hospital. We were all so worried and sad about him; we weren't clear on what was happening."The Brazilians made their way to the game without any music on the team bus, a stark indication of their concern "When he arrived saying he wanted to play, there was an explosion of happiness, a bit of hope; we all knew that Ronaldo could do anything in a match," added Dida.Ronaldo was the kind of megastar player that coach Mário Zagallo could hardly say no to. His replacement, Edmundo, was sent back to the substitutes bench, but the game plan which had been hastily rearranged in the preceding hours was now discarded without any more time for a rethink It is perhaps no coincidence that France's first two goals came from Zidane at set-piece corners, exploiting gaps in Brazil's disorganized defense. 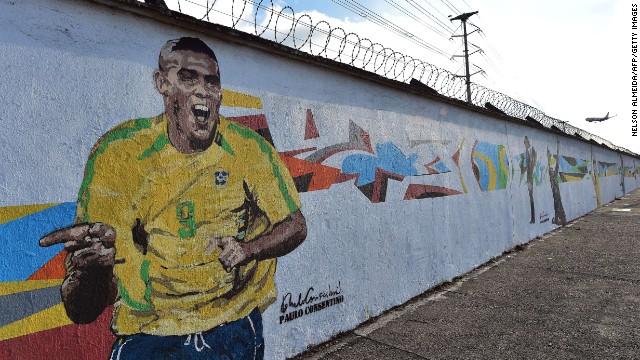 READ: Messi will finish his career at Barcelona, according to club presidentOnce the game had started, it was soon apparent that Ronaldo wasn't firing on all cylinders; as the game slipped away from the defending champions, the Read More – Source