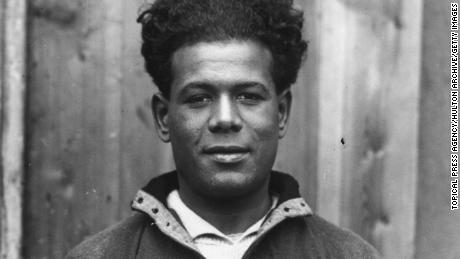 The Jack Leslie campaign hopes to raise £100,000 ($124,000) for a statue to honor Leslie, a striker for English club Plymouth Argyle in the 1920s and 1930s. Former England international Gary Lineker has described Leslie's story as extrordinary.Leslie was picked to play for England in 1925, according to the National Football Museum, but the call-up was later rescinded.Visit CNN.com/sport for more news, videos and features"They [the selection committee] must have forgotten I was a colored boy," Leslie said years after the incident. "There was a bit of an uproar in the papers. Folks in the town [Plymouth] were very upset. No one ever told me official like but that had to be the reason; me mum was English but me daddy was black as the 'Ace of Spades.'"There wasn't any other reason for taking my cap away."Were he to have played internationally, Leslie, who had Jamaican parentage, would have been England's first black footballer. Instead, it is Viv Anderson who gained that title in 1978 — more than half a century after Leslie was in line to make his debut. READ: 'I was 25 years ahead of my time,' says driver who shattered motorsport's color barrierREAD: New study reveals 'evident' racial bias in TV football commentaryLeslie passed away in 1988 having scored 137 goals in 401 appearances for Argyle, which has just earned promotion to the third tier of English football, between 1924 and 1931. The campaign to build the statue has so far raised more than £25,000 ($31,000) and is being supported by the English Football Association and Luke Pollard, Member of Parliament for Plymouth Sutton and Devonport. "Jack Leslie should have been the first black player to appear in an England shirt but was dropped once selected because of the colour of his skin," Pollard wrote on Twitter. 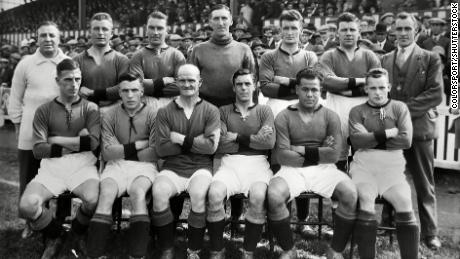 "I'm backing the campaign for a statue in #plymouth to remember one of @Only1Argyle's greatest players."The campaign hopes to place a statue outside Home Park, Plymouth Argyle's home stadium. If the fundraising target is exceeded an educational element will be added to the campaign."Stories like this are incredibly sad," said FA Chairman Greg Clarke in a statement. "Discrimination in the game, in any form or from any time period, is unacceptable. We must always remember pioneers like Jack Leslie and be thankful that football is in a very different place today. "We are very pleased to support this campaign which will hopefRead More – Source