Mourinho praises ‘beautiful’ spat between two of his own players 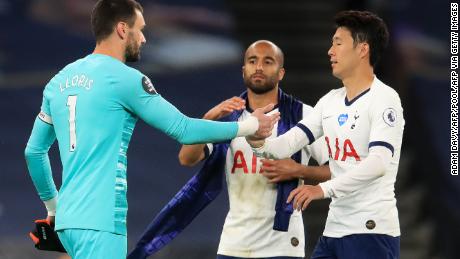 The two Spurs players had to be separated as they walked off the pitch at half-time after goalkeeper Lloris had seemingly criticized Son for not doing his defensive work.An incensed Lloris pushed the South Korean international as the players made their way off the pitch, with teammates having to usher Son down the tunnel.The pair then emerged for the second half appearing to have settled their differences and embraced each other at the full-time whistle."It's beautiful," Mourinho said after the game. "If you want to blame somebody for that, it's me, because I was critical of my boys, because they are not critical enough with themselves, with each other."It's something very important for the team to grow and for that you need to demand from each other and be strong personalities."A team of nice boys, the only thing they can win is the Fair Play Cup, which is something that I never won, and I am not interested in."READ: Lionel Messi will finish his career at Barcelona, according to club president

'No problem at all'