“MLS is Back Tournament” rolls on despite coronavirus concerns 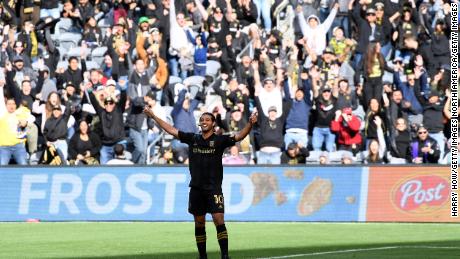 With 10 players and one staff member testing positive for Covid-19, MLS has pulled FC Dallas out of the competition, which is scheduled to kick off on July 8.Carlos Vela, the Mexican superstar who signed with Los Angeles FC in 2018, has decided against playing in the tournament as his wife is pregnant. Vela is the biggest name thus far to opt out. "I would like nothing more than to be with my teammates in Orlando," said Vela in a statement released by his club. "I always want to give everything I have to my Club, our fans and supporters and the city of L.A."However, it is in the best interest of the health of my family to stay home and be with my wife during what is a risky pregnancy. I will miss being with my teammates and coaches, but I will be cheering and supporting LAFC from a distance."READ: Messi will finish career at Barcelona, says club president

In a normal world, FC Dallas would have been almost halfway through their season at this point, with players looking forward to the All-Star break in late July. But of course, we've come a long way since February when MLS kicked off its 25th season. Before we can get into the now; we should remember how the season got underway. Arsenal legend Thierry Henry took the reins of the Montreal Impact and got a win in his first game as manager. Mexican national team star Javier "Chicharito" Hernández made his debut for the Los Angeles Galaxy but settled for a 1-1 draw against the Houston Dynamo.Meanwhile debutants Nashville SC kicked off to much fanfare but could only look on as local rival Atlanta United spoiled the party with a 2-1 win. And out in Los Angeles on the first day of March, David Beckham watched his team Inter Miami make its MLS debut with a somewhat underwhelming 1-0 loss to Los Angeles FC.One week later, LAFC and the Philadelphia Union squared off in an instant classic with both teams earning a point in a 3-3 draw. And then … silence. The pandemic shut down sports leagues across the US and MLS' 25th season was halted as quickly as it had begun. 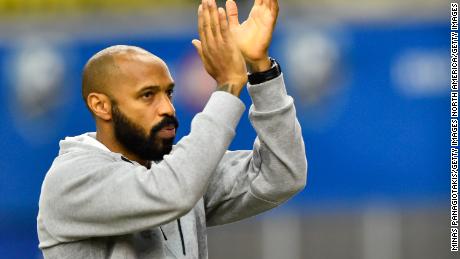 MLS is only the second major sports league in the US and Canada to resume play, after the NWSL and its ongoing Challenge Cup in Utah. With the exception of FC Dallas, the other 25 teams will meet in a cup style competition, with a group stage and then knockout games. Group stage results will count in the standings for the regular season which MLS hopes to resume after the tournament has concluded. The final will take place on August 11 pitting the top Eastern and Western teams against each other. The winner of the tournament will have an automatic berth into the 2021 CONCACAF Champions League, the regional club tournament across the Americas and Caribbean. Added wrinkles to the tournament include full video review available for the referees and five substitutions as opposed to the normal three. In keeping with nearly all the football leagues around the world which have resumed, due to health concerns, no fans will be allowed inside the venues for the matches. 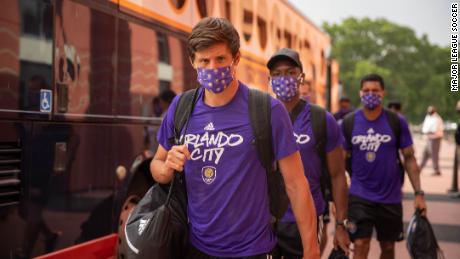 All 25 teams will be staying at Disney Swan and Dolphin Resort and playing their matches at the ESPN Wide World of Sports Complex in Orlando. MLS created a series of safety protocols to try and avoid a coronavirus outbreak among the teams. Those measures include regular testing, social distancing and the use of face masks."I think the guys understand why the protocols are there and it's really important that we abide by them," said Inter Miami CF goalkeeper Luis Robles. "This isn't just about one person; it's about the entire community, so we have to be safe." Players will be quarantined in their hotel the entire time, and for some players that means being away from their families for much longer than they're used to. "Being away from your family in a pandemic is always a big concern of the players. I think Major League Soccer has done a good job of making sure their protocols are tight," Toronto FC defender Justin Morrow, who is the father of two young girls, told CNN Sport."That being said, this virus is very unpredictable, so all of us will be asked to be strict following the protocols and doing our best to make sure that this tournament kicks off in a good fashion." 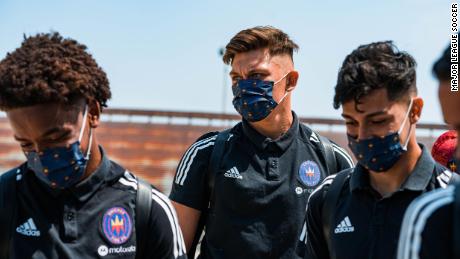 The MLS players' union has acknowledged the complex nature of hosting a tournament during the coronavirus pandemic."The removal of FC Dallas from competition in Orlando is a reminder of how difficult the circumstances involving returning to work remain across all sports amidst this pandemic," said the players' union in a statement posted to Twitter.On Tuesday the league announced an additional five positive cases for players from Nashville SRead More – Source