Liverpool’s pursuit of history ended with defeat at Arsenal 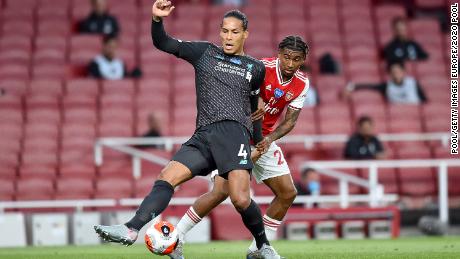 The Merseyside club had the opportunity to set a new English Premier League points record, needing to win all of its remaining games to surpass the tally of 100 points set by Manchester City two seasons ago.But, following uncharacteristic individual errors from the usually reliable Virgil van Dijk and Alisson, those hopes were ended after a 2-1 defeat at Arsenal on Wednesday. The march to etch their names in the record books looked well on course for the Liverpool players when Sadio Mane gave them a fully-deserved lead after 20 minutes.But a wayward back-pass from defender Van Dijk allowed Alexandre Lacazette to equalize for Arsenal, while goalkeeper Alisson's poor clearance enabled Lacazette to square for Reiss Nelson to score.After suffering just its third league defeat of an excellent season, Liverpool manager Jurgen Klopp said his players "have to learn" from the result."I can't make something negative from something so positive; we get the points we deserve and we will see how many that will be. These boys played an exceptional season; nobody can take that away from them," he told the media."I'm disappointed and angry about a few things but the game was good, the attitude was good, but we took a break and that is why we lost the game. That is football; someone is surprised these boys are human beings — I am not. From time to time they are not perfect."Van Dijk took full responsibility for his mistake but dismissed the idea that mistakes like his are more commonplace after a team have won the title."It's too easy to say that; it's too easy to blame that as well I think," he said."If you watched the game then you can see that until I made a mistake, there was nothing wrong. We played well. I had a feeling we could win here comfortably at one point, but obviously if you give them the goals you see what happens."READ: Top Premier League managers slam 'disgraceful' decision to overturn Manchester City's ban 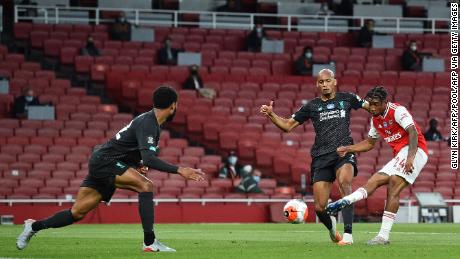 Having been crowned champions, lifting the trophy in front of their fans is something the Liverpool players would've usually been looking forward to.But because fans are unable to attend matches to prevent the spread of Covid-19, it's not something that supporters will be able to see in person this season.However, Jordan Henderson, Liverpool's captaiRead More – Source