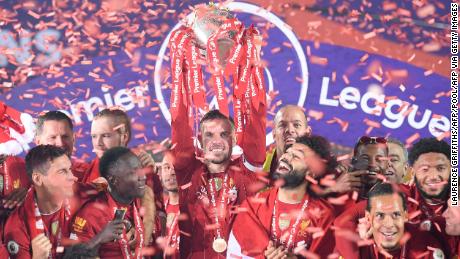 The Reds mathematically won the title last month, but lifted the trophy inside an empty stadium on Wednesday after a 31st victory of the season. "Absolutely special" was how manager Jurgen Klopp described getting his hands on the coveted piece of silverware, 30 years since Liverpool was last crowned English champion."We don't compare as we haven't won it before … these boys are so special. I couldn't be more proud of them throwing in a performance like this on the pitch in an open game, obviously, but nice, nice goals," he told reporters. "Incredible goals, super football in moments and I loved the game so we could enjoy so far and will enjoy the rest of the night."Visit CNN.com/sport for more news, videos and featuresIn Wednesday's lively encounter, Liverpool raced into a 3-0 lead with goals from Naby Keita, Trent Alexander-Arnold and Georginio Wijnaldum before Olivier Giroud pulled one back for Chelsea on the stroke of half-time. Roberto Firmino extended the host's lead, but scores from Tammy Abraham and Christian Pulisic kept Chelsea in the contest, only for Alex Oxlade-Chamberlain to seal the win and kick-start Liverpool's title celebrations.READ: Warnings issued to fans amid Liverpool's historic trophy presentationKeita and Alexander-Arnold scored the pick of Wednesday's goal, the former with a 25-yard strike to open the scoring before Alexander-Arnold doubled Liverpool's lead with long-range free-kick that had goalkeeper Kepa rooted to the spot.Club captain Jordan Henderson lifted the trophy on a specially built podium on Anfield's Kop after the match as ticker tape fell on the players and fireworks lit up the night sky. Indeed, fireworks were set off outside the stadium even as the match was being played. "Of course, you're going to have individuals that perform but the most important thing is the team," Henderson told Sky Sports. 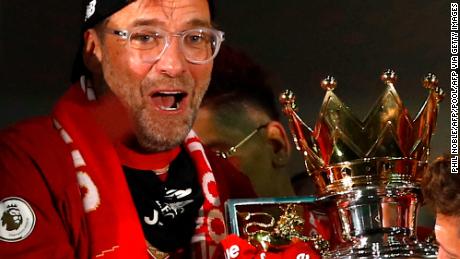 "We're always there together for each other, it's a really close group, as you can see, and that's off the field and on the field. "It makes a massive difference and it's another thing the gaffer has brought since he's come in — that togetherness in the dressing room. It has made a really big difference on the pitch."As the players celebrated on the pitch and in the locker room, Klopp admitted it was odd without fans in the stadium."It's strange, you stand on a stage and there is nobody — not nobody, but not as many as you would imagine in a situation like that," he said."But I have to say, the people who organized it made the best of it … I was never on the Kop before, it was pretty special and I think it makes sense in the moment when the people are not in that we use the Kop to celebrate it with them together in our hearts." 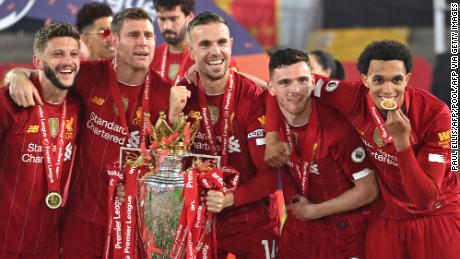 Merseyside Police say that around 3,000 fans congregated outside Anfield and nine arrests were made for affray, assault, people who were drunk and diRead More – Source