Liverpool breaks yet another record in remarkable season 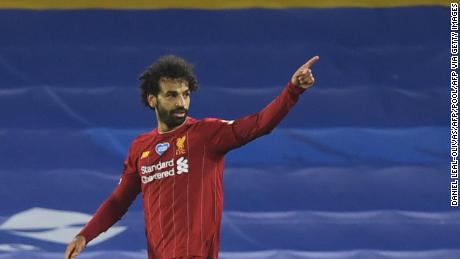 Jurgen Klopp's side broke yet another record on Wednesday after beating Brighton 3-1, courtesy of a brace from Mohamed Salah, and a sweeping strike from captain Jordan Henderson. It has now won 30 of its previous 34 matches, the fastest any side has reached that number of wins in the history of the English Football League. It's also another step towards breaking Manchester City's record tally of 100 points, set in the 2017-18 season. However, despite needing just nine more points from its four remaining games to surpass the record, Klopp insists he is not bothered about making history. "It's not important for me; I'm not interested in any of this but I want to win football games," he said after the match."For sports people in general it might be important. We are champions and it could be softening but it is not — the boys go with everything."READ: Why English football can't afford another 'lost generation' of Black coaches

Liverpool certainly didn't have it all its own way against Brighton, which fought back diligently after falling two goals behind within the first 10 minutes. A goal from Leandro Trossard had given the hosts hope, but as Brighton pushed for an equalizer, Liverpool's talisman SalahRead More – Source