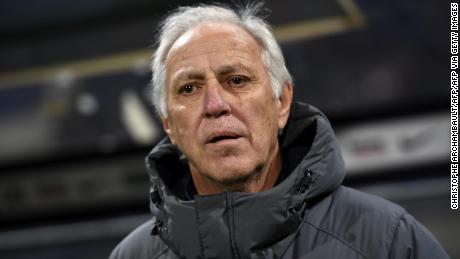 In a statement Monday, the Ligue 2 team said the Bahraini fund will become the club's main sponsor with the aim of "increasing the image and reputation of Bahrain."It will also support the club's ambition of seeing the men's team compete in the top tier of French football in the next three years, the statement added. Paris FC split from Paris Saint-Germain, a dominant force in Ligue 1 since Qatari owners took control of the club in 2011, back in the 1970s, but the team has enjoyed considerably less success than its neighbors in the French capital. Investors from the Middle East have thrown money at European football in recent years: Abu Dhabi United Group invested heavily in Manchester City and sovereign wealth fund Qatar Sports Investments owns Paris Saint-Germain. Paris FC said the new contribution from Bahrain would come with a 30% budget increase.READ: How billionaire owners changed European footballClub president Pierre Ferracci remains the majority shareholder of Paris FC with a 77% stake, the announcement said.The team finished 17th in French football's second tier after the league was curtailed amid the coronavirus outbreak. Based in the south of the capital, Paris FC has struggled to attain the same popularity as PSG Paris Saint-Germain with some of the smallest attendance figures in Ligue 2 at its 19,094-seat Stade Charlety.However, the club hopes that the investment from Bahrain will help it to prosper. "The sporting ambition of the men's first team is to reach Ligue 1 in the next three years, and to hoist its women's Read More – Source