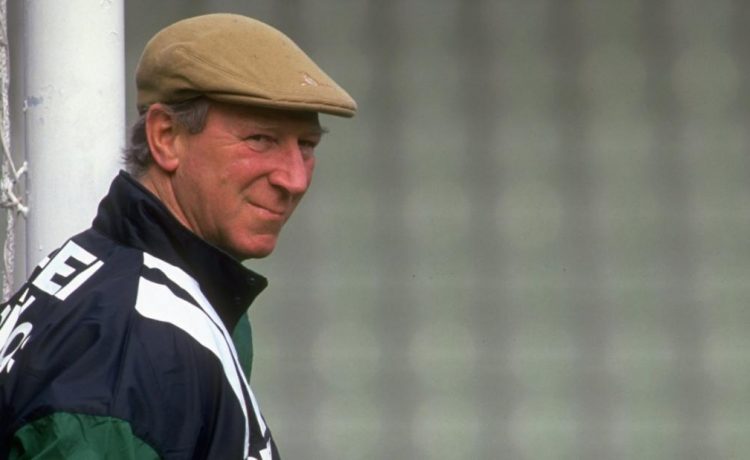 In a statement posted on Saturday, Charlton's family said he died peacefully at his home in Northumberland on Friday with his family by his side."As well as a friend to many, he was a much-adored husband, father, grandfather and great-grandfather," the family said in a statement."We cannot express how proud we are of the extraordinary life he led and the pleasure he brought to so many people in different countries and from all walks of life."Charlton made 773 appearances for Leeds over a 23 year period and won 35 caps for England, playing in every match during the 1966 World Cup.That tournament saw England clinch their only ever World Cup trophy, beating West Germany 4-2 in an eventful final at Wembley Stadium. He played in the game alongside his younger brother, Bobby Charlton, who forged an equally legendary career at Leeds United's longtime rivals Manchester United.One year later, Charlton was named as the Footballer of the Year at the Football Writers' Association.Gary Lineker, who led England's attack two decades later, led tributes to Charlton's career on Saturday. "Saddened to hear that Jack Charlton has passed away. World Cup winner with England, manager of probably the best ever Ireland side and a wonderfully infectious personality to boot. RIP Jack," Lineker said on Twitter.

Charlton moved into management after his playing career, taking charge of clubs including Middlesbrough, Sheffield Wednesday, Newcastle United and the Republic of Ireland's national team.A number of British clubs joined Leeds United in sharing their condolences on Saturday as did numerous British and Irish politicians."Jack Charlton was a football great whose achievements brought happiness to so many," tweeted British Prime Minister Boris JohnsoRead More – Source