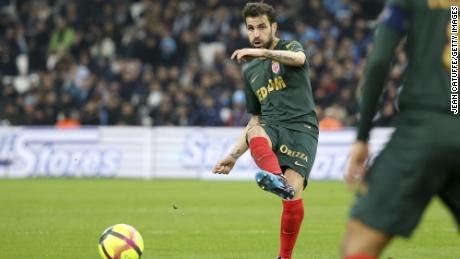 There is of course renowned footballer Cesc Fabregas — World Cup and European Championship winner with Spain and a player who has enjoyed a glittering and trophy laden career with some of Europe's top clubs.Then there is Fabregas' great-grandmother. She turned 96 on July 23, this after twice testing positive for Covid-19."It's quite incredible," AS Monaco midfielder Fabregas, who is in touch with his great-grandmother via FaceTime and the phone, told CNN Sport."We're very proud of her," as he reflected on his great-grandmother's remarkable longevity and brush with the pandemic."There was a moment where there was a lot of people falling," adds Fabregas, recalling an emotional conversation with his grandmother."She was so scared that she told me, 'It's over.' And I said, listen, 'You know, you have to be positive. You never you never know what can happen.'"READ: Football's most controversial transfer

There have many highs and lows for the 33-year-old Fabregas during lockdown.He has enjoyed the 'little pleasures" of spending time with his wife and their three children, but life without football has been difficult since Ligue 1 took the early decision to cancel the season in March. 'I've been completely jealous and in a way a bit frustrated as a spectator watching other teams," said Fabregas referring to the way the Bundesliga and English Premier League had completed their seasons."I always said from day one that when they [Ligue de Football Professionnel] canceled the league it was a rash decision and that they should have waited."I think the other leagues, they showed great discipline, professionalism, and taught a lesson in a way to this league that things could have been done differently … and I think 'chapeau' for all the teams that continued and finished their championships. 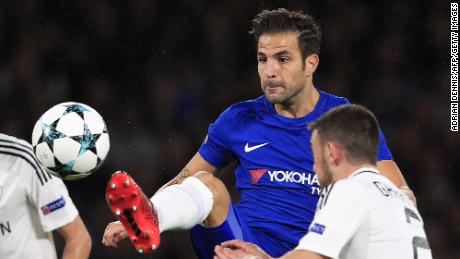 Crouched on a chair in his son's bedroom at home, Fabregas also reveals his dismay that he doesn't feel he can take him to watch a football match without running the risk of hearing racism in the stands. "My dream is to bring my son to watch football every Saturday, every Sunday. And if you see these things, you just won't do it. I won't do it."I love it when there's banter between fans. But when you cross the line, I mean, what's the point? What's the need? There's so many people, kids watching, attending games." 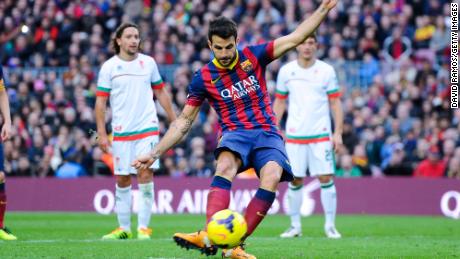 After 17 years in the game and a career that has spanned three different leagues at four clubs — Arsenal, Barcelona, Chelsea and now Monaco — Fabregas says he has never witnessed racism in football "face-to-face" but has always been aware of its presence."I have heard it in stadiums. Sometimes you don't even realize because you're focused, you know, on the game. And then some guys, they will tell you, look what they're singing, look what they're saying. And you're like, oh, my God, you know, this is this is terrible."And with that thought, Fabregas questions whether he should have done more."At the end of the day," he admits, "maybe all of us didn't have the courage to stand up for it." 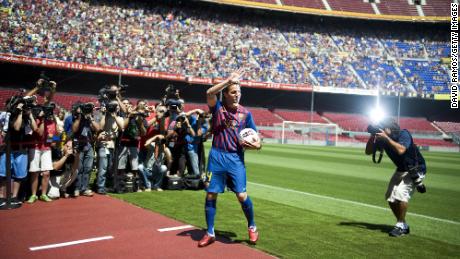 More positively he believes things are changing. George Floyd's death and the Black Lives Matter movement have — for now — spurred football into action.In recent weeks players and clubs have showed solidarity for the movement by donning BLM logo's on their shirts and taking a knee before kick-off. Players have spoken publicly — many for the first time — about the extent of the racist abuse they have suffered. But in a sport where racism has been endemic for decades, is this a fleeting moment of solidarity or a genuine turning point?"It has to be," insists Fabregas. "This is the moment. We cannot give up or go back … racism will not disappear over a day, over a year or even five years. We have to support and respect each other." 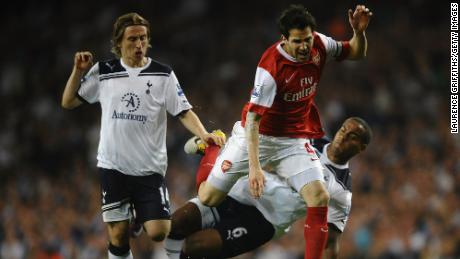 Fabregas says the best way forward is to educate — and listen. "When I hear Raheem Sterling, [Marcus] Rashford speak … these guys they are legends," adds Fabregas, referring to the Manchester City and United stars. "They are the ones that we have to listen to because they say it as it is. You learn so much from these young guys. They are an example to society and to all of us."Fabregas is optimistic that the current wave of player activism could help shape football in other ways too."I believe there are people in football who are homosexual. This should be the next step. I understand why they could be scared to come out because they will feel lonely. They know that ignorant people will attack them and will sing songs against them [in the stands]."I've been with someone who was shy and perhaps wondering what we would think of him …. It's a tricky subject to talk about, especially if you're a young player. It's up to the experienced veterans of the game to help them express themselves."Read More – Source